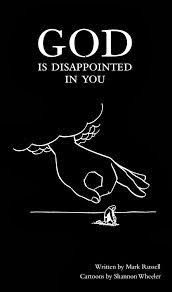 A few days back I came I came across this on the NET or on TV – I am not too sure which. A guy was talking about GOD and he said that if he was to choose a GOD than that GOD better have a phone number or at the very least an address. He said that when he ask’s anything from GOD he wants to have a number to contact GOD in case GOD does not give him what he really wants. If his wishes are granted then he wants to call GOD to say “thank-you.” If GOD does not carry a mobile then he wants an address to go to to complain if he has anything to complain about – you know things like typhoons, earthquakes or terrorist attacks that kills innocent people.

Of course he was being funny but it did set me thinking.

I was looking at the devastation wrecked by Typhoon Haiyan in the Philippines where over 10,000 people are feared dead and I see a Priest offering prayers for the dead and asking GOD to take care of those who have lost everything because of the typhoon. And I ask myself why should he do so? I am sure he knows that Typhoon Haiyan is GOD”s creation. And there must be a reason why GOD wanted all those people dead. And it amazes me when I see people praying for GOD to take care of them AFTER a typhoon, an earthquake or a tsunami. If GOD is responsible for the destruction why ask him to save them after he has destroy their houses and their loved ones?

These thoughts have been with me for a long time – ever since when I was in my teens. I cannot get my mind to accept what I cannot see or what I cannot explain. I cannot explain GOD. For one he never loses. If someone who is ill survives it is God’s will. If he dies it is also God’s will. If you pass an exam you give thanks to GOD but if you fail, it is his will. And some smart guy somewhere came up with the explanation that whatever happens, it is his will BUT you must help yourself too! GOD has got all his bases covered!

I know that we are uncomfortable when we do not understand or have no explanation for something. How we all come to be where we are now is quiet a mystery. I understand the theory of evolution but theory or no theory something started all this….and the simple answer for most people is that all this was started by GOD. And of course there is also death. And religion explains where you go after death or at least they try….. ..and I guess knowing that must comfort many.

I guess if there are people who choose to believe that blood transfusion is against their beliefs than I guess there are many who will need to believe in other things – and one of them is GOD.

This is not an attempt at any religious discourse about any religion. I think about these things now as I thought about them when I was young. As I grow older I have been able to learn and understand many things that have baffled me before. One of them is how do you learn to be patient. I have often wondered how people can have the patience to endure things that they did not like or agree with. Today it would take a lot to upset me. At worst I will walk away from something I do not like…and it has taken me over 60 years to learn that.

I guess religion is more complex than that and it will probably take me longer to understand religion.
Posted by STEADYAKU47 at Tuesday, November 12, 2013