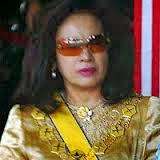 Rosmah: I don’t stoop that low


The Prime Minister's wife is unperturbed by criticisms that she is using public-funded jets. Her officer insists the trip to Qatar was in the interest of the nation
UPDATED

KUALA LUMPUR: The Prime Minister’s wife Rosmah Mansor today said she was “happy” and unperturbed by criticisms leveled her way over her use of a government-funded jet last week.
“I’m happy, I’m just going to do my work. I don’t talk, I don’t comment, I don’t go down to that level,” she said when met by reporters after officiating the ground-breaking ceremony of autism centre Permata Kurnia here.
But she directed reporters to her special officer Siti Azizah Sheikh Abod from the prime minister’s department, who said that the trip to Qatar was justified as it was done in the name of national interest. 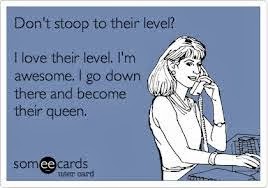 You are at a level where no other wife of any of our Prime Minister have ever descended to! What you need to think about now is how you can climb out of that abyss that you are already in. You may be the Prime Minister's wife, FLOM or whatever you want yourself to be......but for so many of us, Najib  and our country, would have been better off if you had not represented our country at any function anywhere in the world.