History admires the wise, but elevates the brave. Be brave Mukhriz. Be brave Nurul....be very brave! 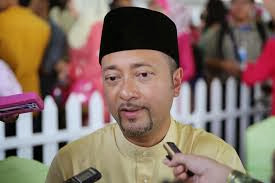 I must admit, that to me Mukhriz Mahathir, was merely a rekaan of his father. I must admit that in the past I have not spent a minute of my time to listen to what he has had to say, watched how he has conducted himself in public nor given any time of day to read anything about him in the mainstream media or the Net. I have dismissed Mukhriz as a politician of any substance without making any due diligence of it. This is not right.

Increasingly I have come across his image and snippets of his public persona and utterances as I surf the Net on my daily forage to acquire substance for what I write and increasingly I was drawn to his soft-spoken humble demeanor. This was not a politician of the kind we have expected from UMNO, from one whose father was Prime Minister for twenty two years and from one whose Father is still a force to be reckon with in UMNO if not in Malaysia politics. Think of Hishmuddin, think of KJ and immediately you can see that Mukhriz is not of their kind.

Can he be one of those leaders that we all talk about? Is Mukhriz the change that UMNO has to have if it is to again have relevance not only for the Malays but also for all Malaysian? Or is he merely a figment of our imagination? That in time, all that he now projects as a responsible and decent leader, will come to naught as the realities of politics in UMNO takes over and he succumbs as many others succumbs to money politics, factionalism and self interests?

It is too early to tell and I for one do not know enough of him or about him to make an informed judgment. Let us say, for now, that Mukhriz has my respect. Let us say for now that Mukhriz has started to emerge from the shadows of Mr. Wonderful aka Mahathir Mohammad aka his father. Let us say that with Mukhriz around, we can dismiss Hishammuddin as a serious contender for future leadership glory in spite of his cousins best efforts to do otherwise to and let us say that KJ has got some serious work ahead of him if he is to be in the running for future glories in UMNO.

All this augers well for us and we hope for UMNO though many in UMNO will disagree….but since when has what UMNO wants been of concern to many of us? For UMNO and our own good let us hope that Mukhriz is one of the new responsible and decent face of Malay leadership – along with Nurul Izzah and a few others whose names and persons we are still to know about. Yes there is hope for the future but hope tinged with a worry that the old within UMNO and elsewhere will not go with grace and humility. 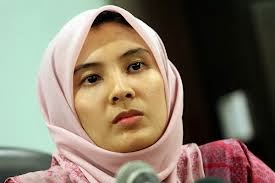 For now our future hangs in the balance on leaders like Mukhriz and Nurul – the thought that they may fail us is untenable….but for now it would seams that they are all we have! I hope to God that I am wrong for our country will need more than just Mukhriz and Nurul to take us out of this dark ages that UMNO has imposed upon our people and our country.

"History admires the wise, but elevates the brave" so says Edmund Morris.

Be brave Mukhriz and Nurul....be brave!