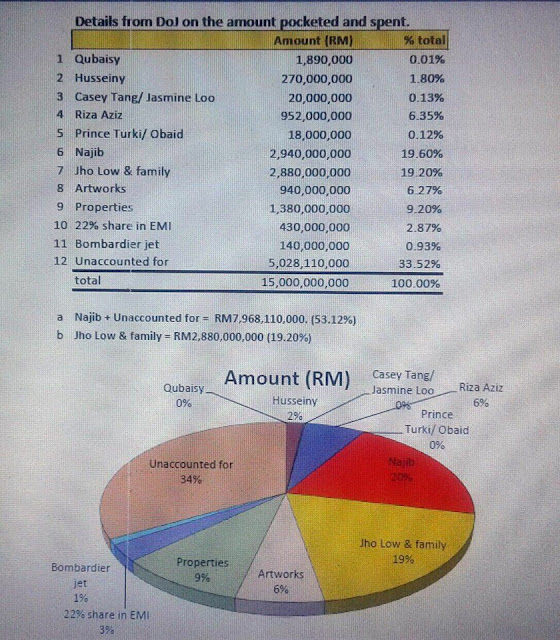 All dictators, all corrupt heads of state, all leaders who abuse and misuse the trust and power vested in them by the people who put them in office, all prime ministers, their wives, family, cohorts and anyone else who are complicit in thieving and robbing the coffers of the nation that they live in....all of them without exception, will eventually be called to account for what they have done. History have told us so!

Why does najib, rosmah, their family and all those bastards in umno and bn think that they willl be the exception?

Do they think that because the IGP, the Attorney General, the Speaker of the House, the CJ and those corrupt Judges, all now takers of dedak....do they think that nothing can touch them? Maybe "now" yes....but that "now" is a relative concept. Maybe today no one can touch them. Maybe this week, nothing will harm them....hell maybe for the next 30 days they can go on their merry way pilfering, scamming, robbing and thieving our nation's coffers. But what of the time after that? After one month...after they lose the elections? What happens then? 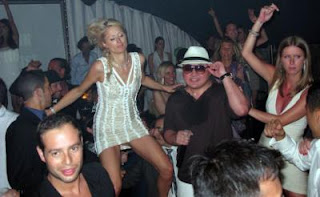 Reza Aziz is no longer a friend of Leonardo DiCaprio 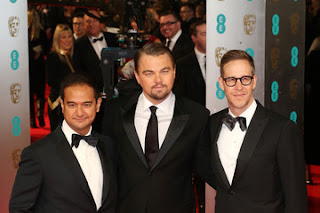 najib and rosmah no longer see New York as their watering hole. 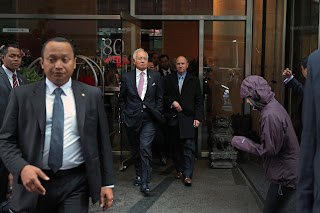 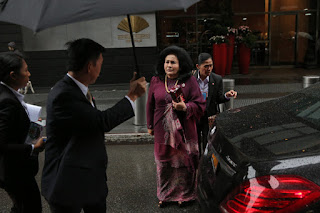 But of course they still have their money, their political office and their connections to shield them from the wrath of the people and what is to come their way when real justice do catches up with them. Already many of their cohorts have been convicted and punished for their part in the biggest scam this world has ever known - 1MDB. Already Banks have been indicted, money trials have been traced and their details put onto the public domain and the task of bringing to justice, every one of these bastards, is already a work in progress.

So how soon before najib and rosmah are brought to heel? How long before we see then manacled and incarcerated for being the initiator, mover and driver of this whole 1MDB scam? How soon before they shut up and shiver in fear and trepidation as they begin to understand that maybe, just maybe.....the knock on their door is not another request for more dedak but the harbinger of doom and gloom...the beginning of the inquisition as to what the two of them have done in the name of government. Armageddon!

But go back to the top of this page and read through that list again. That list that lists out the amount of money pocketed by those bastards.

The US DOJ will begin the real work to prove all that soon. Very very soon. Reza Aziz is hiding behind rosmah's skirt...and thank God she has a big butt for him to hide behind. Where will najib hide? Behind her skirt too? He can try but even the biggest butt in Malaysia cannot hide the billions taken from 1MDB. And whose butt will rosmah hide behind?

Email ThisBlogThis!Share to TwitterShare to FacebookShare to Pinterest
Labels: 1MDB