When will najib be investigated?


Leonardo DiCaprio has been investigated.


Investigators in at least five countries are probing the finances of 1MDB in response to allegations that billions of dollars have gone missing.

The MAS said it fined Standard Chartered for 28 breaches of its anti-money laundering and counter-terror financing laws and imposed a penalty on Coutts, which is owned by Royal Bank of Scotland Group Plc, for 24 breaches.

The MAS said it’s nearing completion of its examinations of financial institutions in Singapore through which 1MDB-related fund flows took place, and will provide a final update in early 2017. The city-state has charged four people, including three former BSI bankers, for their roles in transactions and money flows linked to 1MDB.

“You have seen criminal charges being brought, you have seen banks being closed, you have seen sanctions being imposed,” Singapore Law Minister K Shanmugam said at a Foreign Correspondents Association lunch on Friday. “If you look at the whole suite of actions, one would say pretty tough, tougher than what anyone has seen in any of the other centers where I think parallel activities have taken place.”


Allegations that billions of dollars have been improperly siphoned out of the Malaysian fund has led to investigations across the globe including by Swiss and U.S. authorities. The U.S. Department of Justice said in July that more than $3.5 billion was misappropriated from 1MDB, as the agency sought to seize about $1 billion of assets it claims was laundered through the U.S. banking system.

All of the above are, but just the tip of the iceberg, when it comes to 1MDB. 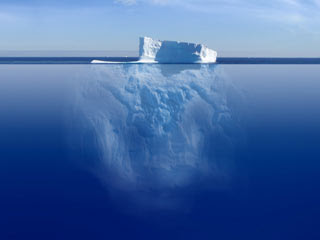 Almost everyone that has been associated with IMDB has been investigated and some convicted. Other investigation are on going - a work in progress.

When will najib razak be investigated?

For the same reason that najib razak should take to the stand in order for us to know the circumstance and reason for the murder of Altantuya.


For the same reason why najib should take to the stand to tell us if he had  met with Saiful Bukhara Azlan as part of a political conspiracy to convict Anwar Ibrahim of sodoamy.

For the same reason why najib should take to the stand to tell us who gave him the RM2.6 billion donation, what was done with that donation and what has since happened to the rest of the donation.

For the same reason why najib should take to the stand to explain his involvement, if any, in the murder of Kevin Morais, in the murder of Hussain Najadi and the many other questionable arrests, convictions and harassment of individuals whose only crime is to stand up against the tyranny of najib razak upon the people of Malaysia and against the nation he is leader of.
I can think of numerous other circumstance and reasons why najib razak should be investigated for the things that he has done from the time he entered politics until now but time and space does not allow me to do so...so suffice for me to say this :


Time and circumstance has a way of catching up with anyone in the search for answers to things done wrong in the past, and where necessary, to exact retribution for the wrongs that had have done....especially in the matter of those who abuse and misuse the responsibility and power vested in them when they hold high public office. 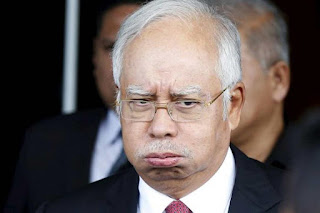 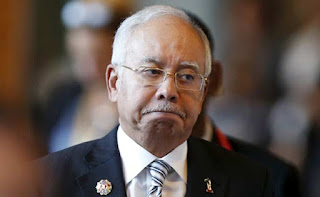 Anyone with half a brain knows that for najib razak and rosmah manor, that time and circumstance nears....inexorably nears by the day....if not by the hour.

There is not much sympathy for a prime minster as corrupt as najib razak....not even from those within umno and bn. All those that have profited from their "support" of najib understands that their "loyalty" to najib razak is contingent upon najib's ability to continue to "buy" that loyalty. And when you prostitute your self and your "loyalty" for money, all bets are off when your client can no longer afford to pay for your services.

najib razak is their "client".

I have watched, with detachment, the antics, deeds, bluster and outright baloney by which najib has conducted themselves since he moved to that most august of residence in our nation, Seri Perdana!


I say with detachment because I do not want to contaminate my long held contempt and disgust for najib  as human beings, to cloud further, my attempt to write about what he has done to the country he is tasked with governing, to the Malays whom he has put himself forward to be a champion of, and what all this have meant in reality to the people he is leader of.

Not "leader" as you would use to describe Mandela, Martin Luther King, Lee Kuan Yew or a Tunku in Malaysia.


najib is the leader we needed to have so that we can point to him as an example when we tell those that come after us, what kind of a leader they should NOT have.


najib is the kind of leader our descendants will use as a yardstick to measure corruption... "not as corrupt as najib!"....they will say!


A leader our elected representative will be made to understand to never again allow to become leader of any political entity lest corruption and money politics become once again a way of life not only for them, but for the country at large.

For umno, bn and the rest of us.... we have all given najib enough rope...now we are all waiting for him to hang himself.....and take with him rosmah manor.

In politics, timing is everything.

Zahid and his cohorts are weighing their pros and cons as to when that time is. For only umno knows best how to rid itself of their own when their own is past their "use by" date.

But one thing umno knows today....the damage done by najib to umno has put umno in a place where it has never ever been before....and that is to go into a federal election facing the certainty of defeat.

And najib razak will have to answer to umno for that.

But even before he answers to umno he must be made to answer for what he has done to our people, to our nation and to our future  from the time he entered politics to this very day when our nation is on the verge of a failed state, our people divided as it has never been before and our future in tatters because of his irresponsible leadership in the name of government.

Until then, not only are we all waiting for this "dead man walking" to die...but so is his deputy, Zahid Hamidi...and in that we can take comfort from the fact that anything Zahid can do to hasten Najib's departure, he will do.

And amen to that!