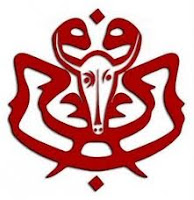 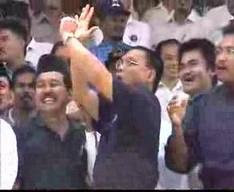 I write about Mahathir, Najib, BN and UMNO because I see from day to day what they do. At first I was angry with UMNO and its leaders for betraying the trust that I as a Malay had put in them. That anger then turned to curiosity and wonderment as each day uncovered greater abuse of power and then to contempt and disgust at the continued audacity of UMNO’s commitment to these excesses. We should all know by now how important it is that we must each do something to bring change and stop UMNO from continuing with their abuse of our country and our people. For the Malays it is crucial that we join the movement to replace UMNO in order that the Malays can survive the tidal onslaught of negativity imposed upon them for so many years by UMNO.

But for those within UMNO their familiarity with the way things are in UMNO only breeds acceptance of what UMNO has become!

But contempt for UMNO only leaves the Malays silent and ashamed. We must rise above contempt and start the process of change - if we have not done that already! I am sure that even among those that are in UMNO there is shame for how UMNO have abused the Malays –but they know not what to do!

But we are past that now.

It would seem to me that for UMNO, any Malay that does not support UMNO is a traitor to his own race, his religion and to UMNO! 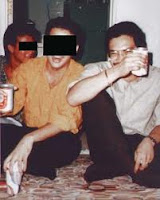 I would prefer to think otherwise. I have looked into the eyes of these UMNO stalwarts as they try to put their message across to me – and I watch their eyes as they look with amazed contempt that any Malays can believe what they are saying – that UMNO is for the Malays when they know that UMNO is really for THEM! For them to become rich, amassed power and steal from our national coffers!

We have reached the stage in our relations with UMNO where every act that they do –whether good or bad – simply increases out contempt for them. In looking at what the future will hold for this once great protector of the Malays I also feel great pity for it.

I know that when we dismantle UMNO we dismantle a bit of the Malays. If we destroy UMNO we destroy some Malays – because the history of UMNO and the Malays are entwined. We are almost one. Do not think that as a Malay I not worried that UMNO is now in the situation it is in. Until a few years back I know of no other political party except UMNO. Sometimes amidst the overwhelming chaos that passes for Malaysian Politics, I feel inadequate in trying to understand what is happening.

UMNO is in fear – and what they do is the irrational doings of those confronted by fear beyond their understanding. UMNO’s entrenched political structure does not allow them much flexibility in countering these fears. In their desperation to survive national and public interest are swept aside to be replace by UMNO’s interest. They no longer understand that government is about helping people.

One of the strengths I derive from being a Malay is that I can now go against UMNO without anybody pointing their finger at me as being anti Malay – an accusation UMNO will use on any non-Malays that dares to question the rights of the Malays as “enshrined in the constitutition” and that which UMNO is committed to protecting! Huh!

A government teaches its people by example. If the government becomes a law breaker, it breed contempt for the law. It invites anarchy. 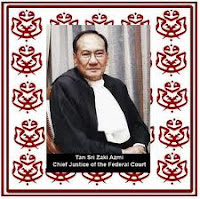 If a government indulges in corruption and abuse of its own ministries for personal gain it will only invite the same of its people.

If the sole purpose of a government is to consolidate and retain its power by any means at its disposal  - so will others working within the government seek to do.

A government that seeks esteem and reverence by acts of murder, torture and physical control over its people only brings upon itself contempt from it own people.

A government that shows contempt for human dignity, justice and for the truth will only bring upon itself the wrath of a people who will seek to rid themselves of that government at the first viable opportunity!

Let us be thankful that our Barsian Nasional Government has now reached that stage in its evolution! For now we do our work and wait for the coming General Elections! Amen!
Posted by STEADYAKU47 at Saturday, September 11, 2010

Email ThisBlogThis!Share to TwitterShare to FacebookShare to Pinterest
Labels: UMNO..kemana?