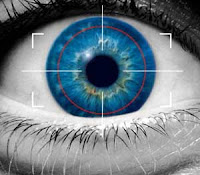 Najib I want you to think of this. The United Sates of America is capable of tracking one single terrorists in the dead of night out there in the desert in real time  - they can track anybody, anytime 24/7 – and then if it suits them terminate them….and I can track those that log onto my blog to the very street that they live in. The USA has the capability of firing a missile with pinpoint accuracy from thousand of miles away. The can eves drop on conversation even of those talking on the moon…and knowing all this you send JJ to Washington? Did you not understand that sending a loose cannon to Washington is sheer lunancy? Do you not think that by now that US of A will have enough information of his raba raba activities over there to be able to put the fear of God into him – if they wanted to? And by the same token do you not think that that same US of A already have you and the members of your cabinet under surveillance 24/7 and by now have enough information on you and your ministers to hold you and your ministers to ransom if they chose to do so? And I emphasize, “If they chose to do so!”

Is that why you use APCO? Because you were advised to do so? Is that why the USA accepted JJ as Malaysia’s envoy to Washington? The easier to ‘talk’ to someone when you got him by the balls? When I see the games you play I smile. These are not amateurs you are playing with. You mess around with them – and you are dead meat!

In the land of the blind the one-eyed is king. Yes in Malaysia you are king – you d man – for now! But for how long? Suharto, Marcos, Thaksin – all leaders far more formidable then you in countries around us – all these corrupt leaders are now gone. Singapore leaders are still around. Yes they are autocratic in their rule but they are not corrupt. Singapore grows from strength to strength because corruption cannot touch their political leaders.

If it suits their purpose the US 0f A could have you out of Putrajaya’s office before the 13th General election – if it suits them. 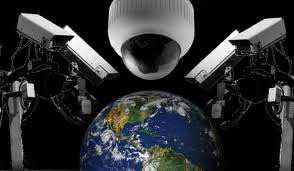 Mahathir had no personal weakness. What he did in helping out his cronies and children was done legally. When you have absolute control of power that is easily done. He does not drink nor does he womanise. The USA had nothing in him. You and Muhyiddin are a different kettle of fish altogether. Greed and a fondness of the flesh make people weak. The way things are you two have already compromised yourself – if not the country. The USA does not care much what you do to the country – well not much anyway! We have seen what they do in Vietnam, Cambodia and Iran – they do as they please. For now it pleases them to leave the two of you alone – so be thankful. They know you do not have much time left. They can wait and then Anwar will do the necessary!

A word of advise. You want to shoot Anwar down with sodomy two? When you shoot to kill someone make sure the safety catch is off and there are real bullets in the gun – lest your intended victim also have a gun to defend themself! But then do you really have a gun capable of killing Anwar or you THINK you have a gun capable of doing the job? You must understand that when you seek to kill someone and you do so with a pretend gun he will not pretend to defend himself! He will try to kill you back. And he WILL kill you! 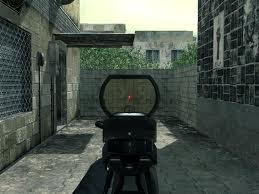 Sometime Najib I think that in your time alone you must wish for the good old days in Pahang as MB. Then it was just you sowing your wild oats. Things are so much complicated now. So much to lose……just think what fate awaits you if PR wins the elections? The mind boggles at these thoughts.

And now UMNO in Malaysia! Soon UMNO will just be a footnote in the pages of our history and possible a two line comment stating “ A number of UMNO leaders were convicted for corruption and abuse of power after the 13th General Election by the Pakatan Rakyat government”
Posted by STEADYAKU47 at Tuesday, September 07, 2010