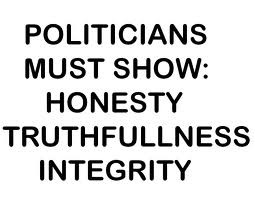 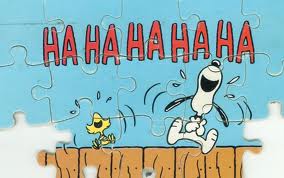 Every moment in life is precious. Too precious to waste living under a corrupt Barisan Nasional government. Too precious to put up with a Pakatan Rakyat that seems unable to live up to our aspirations to become the change we want after Barisan Nasional. And yet all is not lost. Barisan Nasional can change and Pakatan Rakyat must change if either of these government wannabes are to secure endorsement from a public that will no longer vote with their hearts but with their minds. A public that no longer listens to the rhetoric’s of politics and demand that their leaders are people who are honest, clean and accountable for all that they do as elected representatives holding high public office. And they will also insist that these leaders live exemplary private lives. The 13th general elections will make or break our country.

While we understand the need to make responsible choices of those that will represent us – these politicians seems oblivious to what is expected of them. How else do you explain the goings on in the PKR party elections? If they say that that is how politic is, then, did we not tell them in the 12th general election that that is NOT how we want politics to be? 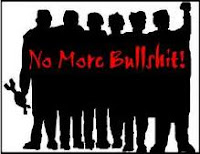 Respect, Dignity, Morality….all these adjectives seems to escape our politicians!

If the politician gets carried away with their own sense of self-importance then they will not get our votes. There will be leaders without followers and politicians without votes!

Najib and that Din cousin of his cannot steal a ride on the back of their illustrious father – they have stolen the stature of their fathers – Tun Razak and Tun Hussein – for positions in public office they do not deserve. Our respect for their father borders on veneration. For Najib and Din we have nothing but contempt and disgust! For they are nothing more then impostors! Shame on them! Their place in high office is not earned. Najib was never elected to become Prime Minister of our country. Din leap frogged into his present Ministership because of who his father was. If only these two had some moral clarity in their life they would understand what shame they have brought to Tun Razak and Tun Hussein and to the people of this country. 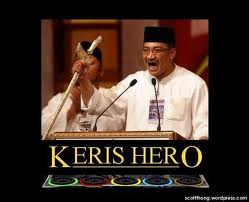