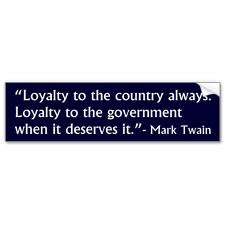 Being born in a country is like being born into a religion and into a family. All your life you will be embraced by your Family and asked to affirm your convictions to your religion. Just as you become part of your Family and your Religion so will you embrace the country you were born in as your own. And this is why the education of our young to further strengthen their sense of belonging to Malaysia is critical to ensure our people are one. This is not being done and we now already have at least one generation of young adults that needs to be counseled about the importance of living together in diversity.

It has taken me a long time to forget that the Chinese are a pork eating, money obsessed and idol worshipping people. To many Malays the Chinese are still that! To the Chinese the Malays are easy going (if they are being kind!), lazy (if the Chinese are talking amongst themselves!) race of people with a ‘tidak apa’ attitude and bogged down with religious dogma  - all negative connotations of each other not helped by a Barisan Government that emphasize rather then try to eliminate these sweeping generalizations. The other races all have their perceptions of the defining traits of each other and all are not complimentary of each other.

All this will become irrelevant when we think of ourselves as Malaysians first. But how can this be possible when Muhyiddin thinks himself a Malay first and a Malaysian second? I will tell you how…education! I am sure his children, if not his children’s children will think of themselves as being Malaysians first! So all is not lost….but we need patience!

Is there a fear amongst the Malays that a diversified ethnicity will result in people who will not be loyal to Malaysia? Just because the Chinese eat Peking Duck and the Indians Vindaloo are they less loyal to Malaysia? I have yet to see the Chinese demonstrate or parade down Jalan TAR holding aloft the flags of China or the Indians holding celebration on India’s national Day! Even amongst the Malays we celebrate our Bugis or Javanese roots and the rivalry between the Malays from different states sometimes do get heated – as any die hard football fan will testify!

I agree that our country is not perfect. It is like your family. It does not matter if other families are better – you will still love your family because it is yours. But love have its limits and we need to have change before we lose too many of our own people to others that welcome them with open arms and give them hope of a better future for their children.

Yes .......it is sometimes impossible when you are battling daunting odds to always do the right thing. At times it is so much easier to go with the flow. Much easier for a Malay to go with UMNO which promises a future where “Ketuanan Melayu” might be possible! Where the Malays are the Government in power and in control of all things Malaysians – so much easier to do what we want to ensure that the Malays remain in control of the Army, the Police and the economy! Where there is nothing the other races can do to push the Malays around!

But look where it has got us! Look around you and ask yourself if we have any Malay leaders that we can be proud of? Who are the Malays Pahlawan or warriors that we can look up to? Yesterday I read about this Malay Angkasawan who was getting married and inviting 100 other Angakasawan to his wedding and maybe even an Arab King! One, where does he get the money to do so on an Angkasawan salary and two, he seems to think that he belongs to the people of Malaysia and what he does is for the people of Malaysia! Huh! I am embarrassed at the antics of Malays like him! And then we have UMNO politicians who mistake power for greatness and strut around proclaiming to one and all their ability to “fill the jails to the brim with ISA detainees”.

And yet in all this madness there is a Malay that I think can provide us with the leadership and guidance that we need. Someone who will put country before self. I believe that he alone will have the stature and the respect of the majority of our people. He alone is bereft of any political or financial scandal that was the result of any personal failings on his part. His fight has been on principals and on beliefs he holds dearly – always for the greater cause - no vested interest –always for party and for the country. This is a man whose time has come! 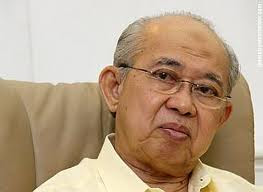 This man is Ku Li. With Ku Li must come Lim Guan Eng. LGE has done enough in his life to confirm a dedication to duty and responsibility and to values we all hold dearly and aspire to live up to. What he has done in Penang is precisely what other states can and should aspire to. He is the son any Father would be proud to have!

What a combination! The Elder Statesman and the future we aspire to! But these are stuff dreams are made of. The realities are this:

Ku Li no longer has the political will to do what is right and we cannot begrudge him his right to a rest at his age...and he has too much money to allow himself to be persuaded otherwise! 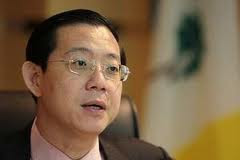 LGE is a Chinese administrating a Chinese populated State. Even though Penang has been under a Chinese dominated political party before many Malays are still uncomfortable in embracing LGE as a future leader on a national level for now.

So what must we do to end this terminal weakness in our country’s persona? Each and every one of us must accept responsibility for change. Do not fool ourselves that we are “liberal” or “understand and accept” the other races if we still feel that fear within us that the other races are against the us – be you Malay or non-Malay! The other races are just as suspicious of your intent as we are suspicious of theirs and only time might change that. But we can make an effort to educate the next generation on the change we all need to make if we all want to make our country great again.

Loving Malaysia is not enough. We need to ensure that our country can sustain its greatness. I can assure you all that those of us living abroad talk more passionately about Malaysia then most of you all do. But we are here and you are there….maybe together we can make it work. You are one with me we are two!
Posted by STEADYAKU47 at Wednesday, September 22, 2010

Email ThisBlogThis!Share to TwitterShare to FacebookShare to Pinterest
Labels: Ku Li and LGE - The Dream Team.