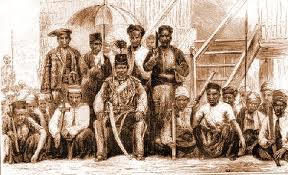 “The rights of Malays, is to rule the country. Simple” yes indeed a simple statement from a simpleton who happens to be the deputy director of BTN. What does it take to make BTN understand that if documents under the OSA are available to bloggers to put into the public domain, if what ‘si botol’ Lingam conspired to do to compromise the judiciary is video taped in total in the infamous ‘Correct! Correct! Correct’ production and a blow by blow account of all of ‘si mata sepet’ Vincent Tan attempts to secure the sports betting license is available for us to peruse through the blogs – why can’t BTN ensure that a ‘close- door’ taklimat is really that – a close-door taklimat? Or are there musuh di dalam selimut even in BTN? The way things are going for Barisan Nasional every BTN attendee has to be a suspect! But that is their problem to resolve.
Let us look into this claim that the rights of the Malay is to rule the country. 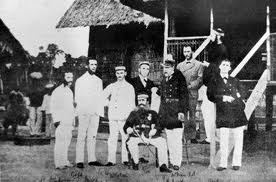 If my memory serves me right 1993 was the year that Mahathir removed the Sultan’s immunity from criminal prosecution and by so doing brought these ‘Royals’ on par with us ordinary mortals. Since then UMNO is our new Sultan in everything but name only. The UMNO president lives in a Palace bigger then our king and of course has more power then our King. What more can UMNO want? To rule in perpetuity? And how do they accomplish this?
Victory in the 13th General Election is a big maybe for UMNO. So how do they ensure that UMNO will still rule should they lose the election? How else then to make UMNO rule and Malay rule one and the same thing! Play up the fear in many Malays that if UMNO loses then the Malays loses the right to govern their ‘own’ country and you have a no brainer – but that is what they think they will do if they play up the ‘Malay must rule’ syndrome. I myself want the Malays to rule Malaysia but only if the Malay that rules Malaysia understand his responsibility to the people of Malaysia in total. UMNO is not that Malay!
The Malays should not fall for these arguments.  The taking away from the Sultans of their immunity from criminal prosecution was something the Sultan brought upon themselves because of their inability to understand that the public had grown fed up of their antics – womanizing, gambling and going around hitting and even killing the rakyats and generally making a nuisance of themselves through their obnoxious and arrogant behavior. The people said enough and Mahathir seized the moment to checkmate the Sultans once and for all and placed UMNO over and above these Sultans legislatively.
This time around it is UMNO that is doing the  womanizing, being arrogant, stealing and plundering our country….and of course they do it better then the Sultans – they even kill our people more then the Sultans did – but UMNO do it legally through PDRM! 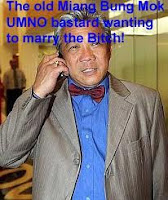