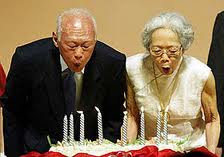 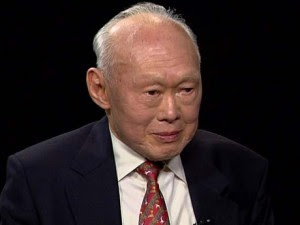 By Lee Wei Ling
An advertisement for the 'Sassy Miss 2010 Workshop Series' in The Straits Times caught my eye recently. The headline was: 'The Power of First Impressions.'

The text claimed: 'It takes just 30 seconds for your first date or prospective employer to form an everlasting impression of you. So flash your X-factor, from the way you look to the style in which you carry yourself. Come uncover all the trade secrets of image-making at this power workshop!'

I was amused. If I want to make an impression, it would be to show my competence, sincerity, pragmatism and willingness to fight for what is right. My appearance and how I carry myself are highly unlikely to make an impression in a 30-minute encounter, let alone a 30-second 'flash'.

As for assessing someone on the first encounter, it would take me at least five to 10 minutes to appraise a person. I do not base my judgment on whether the person is good-looking or how he carries himself. Instead I would focus on his facial expression and body language.

If these contradict what he says, I would be wary of him. Body language and facial expressions are rarely under voluntary control and hence are better indicators of the true intent of a person than speech.

I am fairly good at sizing up people. There have been quite a few instances when I have accurately assessed someone at the first brief encounter. But even then, I seldom depend solely on first impressions. I will reassess the person on subsequent occasions. Only if I observe certain traits repeatedly would I be confident in my assessment.

Some people do indeed judge others on the basis of first impressions. Their judgment may well be strongly influenced by the person's appearance, how well he carries himself and how eloquently he speaks. I think such people are shallow. In life, we have to interact with people; and the more accurately we judge people, the fewer mistakes we are likely to make about them.

Research on interpersonal relationships between strangers shows that physical appearance does influence first impressions. But this does not explain why people stick together in long-term relationships. Commitment is a key variable in sustaining such relationships.

The one remarkable relationship I have personally observed is the one between my father and mother. Theirs was certainly not love at first sight. Nor were looks the main factor in their mutual attraction. Rather, it was personality and intellectual compatibility.

They are not only lovers, they are also best friends. There has never been any calculation about how much each had invested in the relationship. Theirs is an unconditional love.

Before my mother suffered her first stroke in 2003, she lived her life around my father, taking care of his every need. The stroke and the resultant disability made my mother quite frail.

From that point on, my father lived his life around her. He was still in the Cabinet, first as Senior Minister and then as Minister Mentor, but he tried his best to arrange his working schedule around my mother's needs.

He also took care of her health, strongly urging her to swim daily for exercise, and supervised her complicated regime of medication. He would also measure her blood pressure several times a day, till I got in touch with Dr Ting Choon Ming who had invented a blood pressure measuring equipment that is worn like a watch. Next day, when Dr Ting came to take the watch back to analyse the recorded blood pressure, my mother said to him: 'I prefer to have my husband measure my blood pressure.'

After my mother's second stroke in 2008, she became bed-bound and could no longer accompany my father on his travels overseas or to social functions here. Every night after returning home from work, my father now spends about two hours telling my mother about his day and reading aloud her favourite poems to her.

The poetry books are rather thick and heavy, so he uses a heavy-duty music stand to place the books. One night, he was so sleepy, he fell asleep while reading to my mother, slumped forward and hit his face against the music stand. Since the music stand was made of metal, he suffered abrasions on his face. He cursed himself for his carelessness but still carries on reading aloud to my mother every night.

I have always known my father was fearless, willing to fight to the bitter end for Singapore. When Vietnam fell in 1975, it looked for a while as though the domino hypothesis - which held that other South-east Asian states would also fall to the communists like dominoes - might turn out to be true. My father knew how ruthless the communists were, but he was determined to stay on in Singapore, and my mother was just as determined to stay on by his side.

I began this article because I was reading an article in a psychological journal on 'love at first sight versus love for a lifetime, for better or for worse'.

Love at first sight is rare and often does not endure. The affection my parents have for each other is also rare. They are each other's soul mates; their happy marriage has lasted beyond their diamond anniversary.

But they have never made a show of being a loving couple in public. Even in private, they have rarely demonstrated their love for each other with hugs or kisses. It was only after my mother's second stroke that I saw my father kiss my mother on her forehead to comfort her. They don't seem to feel the need for a dramatic physical show of love.

I have great admiration for what my father has done for Singapore - and at age 87, he is still promoting Singapore's interests. But he being the first-born son in a Peranakan family, I would not have suspected him to have been capable of such devotion as he has shown for my mother, taking care of her so painstakingly. My admiration for him has increased manifold because I have watched him look after my mother so devotedly over the last two painful years.
Posted by STEADYAKU47 at Thursday, September 16, 2010