There is nothing wrong with Malaysia! 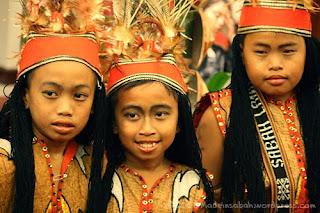 What is wrong with our country are our political leaders. What is already right in our country they make wrong! Political judgments are made that have caused so many heartaches and sufferings for our people. And still they persist. Maybe I am politically naïve but is it not wrong to ask your people to spend more when they want to buy sugar when you give RM $500 million commission to a friend for services rendered in buying submarines! 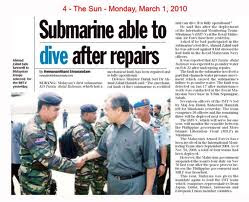 The progress of a nation economically, socially, morally, spiritually and intellectually is based on the politics of the nation – politics that are the prerogative of those in government to decide and implement.

How do you expect your people to have respect and reverence for the BN government when you throw your own people into jail for their beliefs not their crimes?

You should explain to the people of this country why Alatantuya was killed. Why Anwar need to be humiliated with sodomy two! Why you allow people who have cost our country so much wastage to go free. Why must you go after opposition politicians for being a threat to national security when you allow Perkasa to wreck so much havoc and racial disturbances – why? 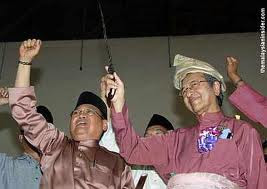 You must explain to the people why people chose to migrate? Which continues even today while the government is busily trying to lure those that have left us to come home? Why did people migrate in the first place?

A true leader that cares for his country and his people will not do what Najib does – what UMNO does, what BN does!

Our conscious present tells a lot about out past. We must accept that our past has been an endless path of racial politics that has pushed our country to the brink of anarchy and collapse if not economic instability. Those who are with UMNO/BN must be blind to the death throes that our nation is now going through – blind to the suffering of our Teoh Beng Hock, our Kugan our Aminuraysid. Blind to the despair of the families whose loved one has been incarcerated under the ISA. Unaware that even a former Deputy Prime Minister of our country could be harmed to an inch of his life by the Inspector General of Police while under police custody!

But that is the past! We must learn from the past to build a better future.

Never again do we need to elect a corrupt government. Never again must we allow the corruption of the institution that we hold sacred – PDRM, the Civil service, the Armed Forces…..even our religion! We must learn from our mistakes.

Our young must be taught the need to live together if we are to survive as a people and a nation. Our young are not there to be exploited to serve the needs of politicians with vested agendas of diversity and religious polarity. 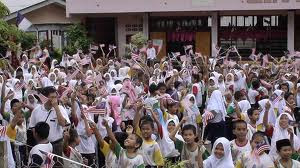 When I think of Najib and of Din I think of their father – Tun Razak and Tun Hussein Onn – of what services their father have rendered unto our nation and my heart try to understand that what their children are trying to do to this country of ours. But it is hard to understand what they do to us. Why? Why must they continue to inflict such negativity, suffering and wastage in the manner they govern us?

Will I risk being called a traitor by saying that maybe…just maybe …we would be better off if we were still ruled by the British? No corruption, no nepotism, no greed. A civil service that puts impartiality and service before all else. A dedicated Armed forces and an honest Police force. Government ministries that work for the people …and politicians that would be made to understand to put country and service to the people before self. Is that not what the British Government is all about? Or at least what they try to emulate? There are enough check and balances within the system to prevent abuse!

It is about racial unity not division. It is about religious tolerance not religious intolerance. It is about giving to the people of this country their due not about taking from them what you think is your due. It is about decency, responsibility and accountability from politicians when they do their work not deceit, greed and arrogance of politicians as we now see within BN and PR. The difference between BN and PR is a matter of degree not substance!

We have politicians who claim that they know what is good for the people, what they people want and what the people aspire to. These same politicians assume that what is best for themselves is all that matters. They say we are one people, that we are free to practice what religion we chose and that the people are free to demonstrate and support what political affiliations they chose to do …and yet in practice put those who are against them into one basket – to be alienated, oppresses and punished for doing so!

If you say that the people are free to elect any government they want then let them do so and allow that government to govern without being harassed. Understand that what you think is wrong can be right for others. That what you think is right can be wrong for others. Let us celebrate this diversity because in truth our country and our people demand this right. If they do not have it they will ask for it. If you still not give them this  they will demand for it and if need to, fight for it.

These rights are not for public debates or for our political leaders to decide. These are the inalienable rights of any civilized nation. Are we not a civilized nation? In fact our political leaders talk of these rights as being one of the pillars of our society – and yet why do they not allow for its existence without interference or tinkering with  such empty grand gestures as 1 Malaysia etc.

In the interest of our self preservation and our common interest we need to do something. Our anchor point and foundation is the diversity of race and religion. It is also our Achilles heel that can be so readily exploited by those who chose to do so – in this case by our political leaders.

Where we have failed ourselves is to allow the greed of an opportunistic political minority to  abuse the trust placed upon them by the very people they are meant to champions – the Malays. And from this they have worked their way to consolidate power through the manipulation of the other races through convenient and self-serving coalition with others within the BN – all political parties also abusing the trust place upon them by their own ethnic people.

These men are without conscience and their political parties simply becomes vehicles for the ambitious and manipulative selves, the selfish and the dishonest who are leading their own people by the nose. These unprincipled leaders have now entrenched themselves into an upper echelon of political aristocracy within which power and the wealth of the nation are accumulated and dispensed between themselves – all at the expense of the increasingly long suffering and exploited rakyat!

We cannot allow this condition of exploitation and unfairness to continue. We need to do what is good for us and put in place a nation with a fair and just society – away from the unpleasant past that is still with us now!

So there really is nothing wrong with our country, our people, our religion, our way of government, our parliament our way of life! Nothing wrong that we cannot fix. It is our political leaders that we need to change.

Malaysia is now a different place from the one we knew a few years back. All that we want to change will not go away without us doing something about it. Yes your vote is important – but it is only one vote! Think of what you have to do now!. Do what you can within your own self and with others who believe that you can do more together. It is important that you not only vote for change but also get others to do the same. You are one with me we are two.
Posted by STEADYAKU47 at Wednesday, September 15, 2010