The Chinese, Tamil and Agama schools must go! 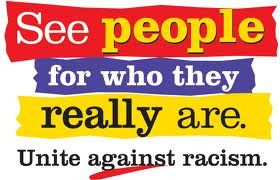 Racial discrimination is any distinction, exclusion, restriction or preference based on race or colour, descent, or national or ethnic origin which has the purpose of nullifying or impairing the recognition, enjoyment or exercise, on an equal footing, of human rights and fundamental freedom in the political, social, cultural or any other field of public life.

Racism exists everywhere and knows no borders. It affects children and youth directly and indirectly. Educating children and the young - the next generation -  is an effective way to combat racism  “to inform and inculcate in them a knowledge about and respect for differences in people…to create a sense of mutual respect and tolerance of others so that they will not themselves become racists, and not tolerate racism in others.


Are the existence of these Chinese, Tamil and Agama schools inadvertently promoting racism? Do you agree or disagree? What are our options? Your views would be much appreciated.

Anonymous said...
Rid of the vernacular schools NOW and hopefully we can achieve the racial integration in 10 years time. Otherwise don't even dare to dream.
Wednesday, September 22, 2010 6:05:00 PM GMT+09:30

Anonymous said...
Spot on, anon 6.05. Assimilation of races should begin at school age. I have been through that era and I think it works.Childen have no filters unlike the adults.Go for it Malaysians and you might begin to see the light at the end of tunnel.It need a very strong political will though especially that of the non Malays to do so and I bet it won't be futile exercise.
Wednesday, September 22, 2010 6:58:00 PM GMT+09:30

Anonymous said...
Yes as long this issue of the vernacular school is not resolved you can say whatever and do whatever, it still remains as it is....
Race relation should at the very early age. Obama do not speak African....neither does he goes to a vernacular school.
Wednesday, September 22, 2010 10:39:00 PM GMT+09:30

Anonymous said...
Thomas
That's the more reason you should disintegrate the vernacular school. The goverment have tried with the Wawasan school and it failed due to the arrogant Chinese who do not want to be a part of it. The Malays are always the willing partner in this matter but you Chinese won't even willing to give a go at it. The thing about integration should very start at that very unassuming young schooling age. Give it a try Thomas, if its not for us let it be for our kids or our grandkids and this country would be a better place to live.Period

Anonymous said...
Dear Ahmad,
You’re preaching to the converted sir. Especially in getting em’ while they are still young. The Chinese, Tamil and Agama schools must go.
However, I think that the immediate banning or shutdown of vernacular schools will only be counterproductive both in the short and long term. I do not claim to have all the answers but I believe that a key issue that needs to be addressed in dealing with this problem is the serious and dangerous shortcomings of the national type schools which fuels the call for vernacular type schools to remain as they are and pushes non-bumi parents to send their kids to vernacular schools. Coming from the national system, I have been through these shortcomings and have seen the after effects with my own eyes. The entire system needs to be overhauled at every level as I believe that if things are not changed and changed soon, the future will be very bleak for a majority of young Malaysians.

I believe that this is the best way to increase the popularity of national type schools amongst all Malaysians; especially the non-Bumi’s who have been losing faith in the national system. It is also the best way to counter the arguments of organisations and people that criticise the national type system for whatever reason, including those chauvinists from all races. Provide a viable, good alternative to Malaysians and they will make the practical choice.

We don’t have to look far for examples on how to do it; Lee Kuan Yew did it in his little red dot and did it very well.

Email ThisBlogThis!Share to TwitterShare to FacebookShare to Pinterest
Labels: educating against racism, Schools