What is at risk? Our country, our future! 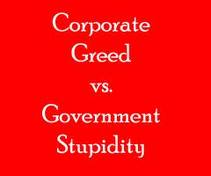 Why are there countries in Africa and the Middle East in such dire circumstances?  That Afghanistan is close to being a failed state? In all these countries and in countries like Pakistan, one common thread runs through them all – corrupt political leaders. Not one or two political leaders but a whole plethora of the ruling elite devoted to the stealing of their own country’s resources. Whole government that is complicit in ensuring that the plundering of their nations resources are done methodically and efficiently for their own personal gain.
This is where Malaysia is now! We have this Barsian Nasional Government whose very lifeblood requires money politics to ensure its survival.

Let us talk about what happened last week with the announcement by Najib and his now complaint side kick, Idris Jala, of this ETP - ECONOMIC TRANSFOMATION PROGRAMME - to realize Malaysia’s ambition of a high-income economy by 2020. 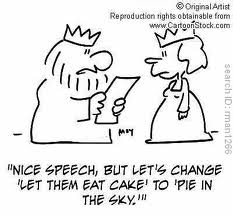 Hands up those of you who think that this is nothing more then an excuse to allow further plundering and pillaging of our national resources – so that the the Barsian Nasional faithfull are moved to “work” together towards ensuring a win in the coming general election?
We can already see the business cronies salivating at their mouth, glazed eyes wide open at the prospects of making billions of ringgits from projects that are of no use to the people of the country.

All the consultants, all the preferred go betweens and all those remotely connected to the political elites are already unceremoniously jostling for position. Even the bodyguards and the drivers have already signaled to their ‘contacts’ that the gravy train is about to start moving again! Everybody who is anybody to the conies of these UMNO idiots are lining up to line up their pocket.
And we must not forget the Ministers and those politicians in the relevant ministries. Just when they thought that the 13 General Election was going to be their death knell they are thrown a lifeline! 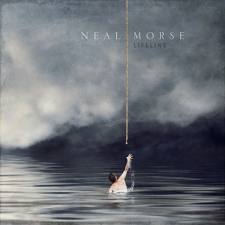 We know this is how BN operates. We know nothing moves their political worms as the promise of great wealth and the possibility of sharing in this great wealth. And as the ripple effect of this promise of “duit” goes through Barsian Nasional Najib hopes to awaken the “greed spirit” within UMNO for the 13th General Election! For UMNO greed is God....errr I mean greed is good...and possibly God too!
It does not matter where the total funding of RM 1.4 trillion required for the ETP comes from. Who cares in UMNO …. nobody can count that high anyway!
It does not matter if this orgy of spending and ‘investment’ comes to naught after the 13th General Election. It matters not if this ETP becomes as quiet as Putrajaya after office hours! The 13 General Election will be over by then!
We have seen this rolling out of massive mega projects with outrageous fanfare and claims that it would bring much needed and critical development and economic bonanza to the people of the country many times before – and always my friend – always it dies without a whimper! Die standing!
Or worse still after everything financial has been siphoned out by the very people appointed to be the guardians of our national wealth, what will be left for the nation, for the people are billions of ringgits of debts. To be paid for not only by our generation but also by those of our children and our children’s children generation. Forever! No my friends our country will not go bankrupt but the people will end up paying for the excesses of these corrupt political leaders and their cronies for a long long time to come.
I have always maintained that Mahathir, in his own person, is not corrupt. He worked hard and dedicated himself totally to his work as Prime Minister. His work ethics could not be faulted and he had no weakness of the flesh. But where he failed was in his inability not to see that the means does not justify the ends.  He failed miserable in his choice of people whom he placed his trust in to implement his plans. He failed miserably in putting into place effective checks and balances to ensure accountability and where he failed worse was in his inability to correct these failures and in allowing them to continue at the expense of the country and its people.  A sad indictment of a Prime Minister  unable to see beyond the tip of his nose!
But I digress.
Let us go back to what UMNO is now doing. Spending our money to make themselves rich! No more friends. No more must we allow this to happen without questioning them. Thump the table and stamp your feet. Look to the person closes to you and ask them if they are with you to stop this blatant attempt to yet again steal our money. Say “No”! Do more then say “No!” Explain to those who will listen to you what you think is happening with the ETP. Just recently   they were talking about cutting the sugar subsidies and now they want to spend RM 1.4 trillion? Where got road man!
I think it is time to say No! No! No! Go pick up a stone and throw it at anything that symbolizes Barisan Nasional or UMNO. Why? They will understand that a stone thrown at PWTC is done with anger to show our contempt at what they do to us. When these political elites understand that it is dangerous for them to walk in public because the people they cheat might physically harm them – then they will understand our anger and understand that we will no longer sit quietly while they steal our money!
Yes they will set PDRM upon us. The police will charge with baton drawn and maybe even with guns firing – but we are many – they are few.  Do you think that the police rank and files are prepared to put their life on the line against their own people to defend and protect these corrupt politicians that take billions from us?
Once the people are mobilized the tide will change. If BN think they can force the people to their knees let them try. These politicians will not have the stomach for a good fight once they are met with the determination of a people that has had enough of being oppressed –breed out of over 50 years of a corrupt government. The question now is whether there are any Hang Jebats amongst you all? And who amongst you will throw the first stone?
Posted by STEADYAKU47 at Friday, September 24, 2010

Email ThisBlogThis!Share to TwitterShare to FacebookShare to Pinterest
Labels: our future., What is at risk. Our country