ReutersGAINESVILLE, Florida (Reuters) - A U.S. fundamentalist Christian pastor on Thursday called off his plan to burn copies of the Koran on Saturday. 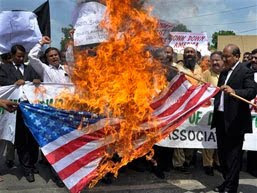 Terry Jones, who heads the tiny, little-known Dove World Outreach Centre church based in the Florida university town of Gainesville, said an agreement had been reached with Muslim leaders to move the controversial location of a planned Islamic cultural centre and mosque in New York.
It would be moved away from the site of the September 11, 2001 attacks on the United States.
(Reporting by Ben Gruber)