This is NOT Hang Tuah! 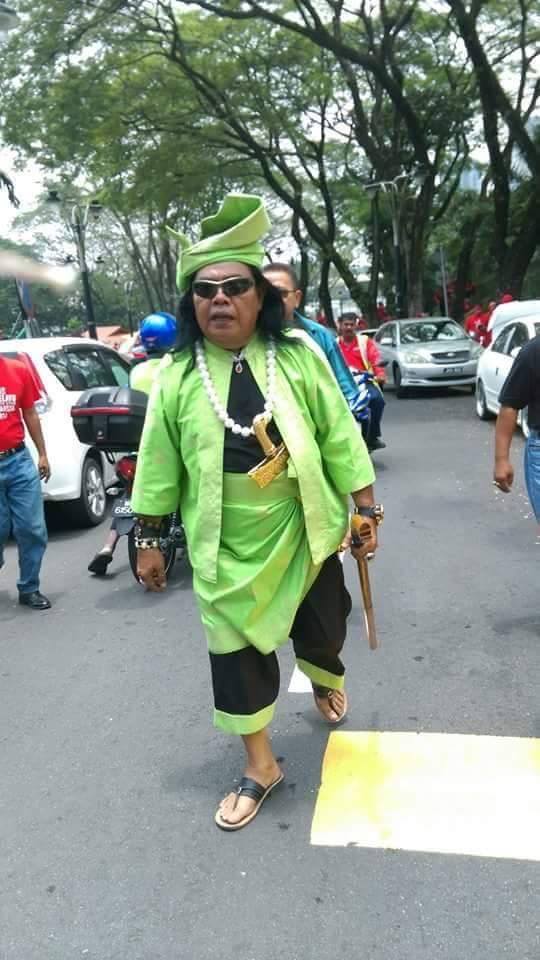 He was last seen in the vicinity of Jalan Chow Kit heading towards Brickfields for the shooting of that remake of Pendekar Bujang Lapok. 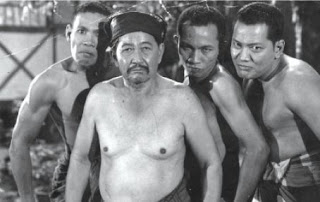 No lah he was not playing the Pendekar part...he was just one of the extra's....


He was late but no Taxi was willing to pick him up as they doubt his sanity. And they were confused by the colors of his attire. After all he was not dressed in yellow nor in red - so what rally is he heading for?

He seem harmless enough and not carrying any conceal weapon - well if he does have a "weapon" concealed it does not seem that he is capable of "using" it! A bit old ma!

He was getting very thirsty walking in the hot midday sun but as he approached a stall selling Air Kelapa the owner hurriedly closed the stall and put up this signboard: 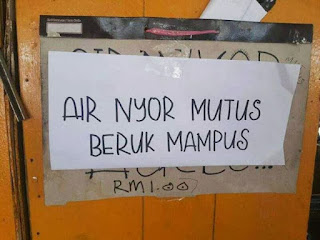 Near KL Sentral there was this Mak Chik who gave him the "sign" which he assumed to mean that she thought he was "The Man"...number one...numero uno...and he smiled, waved at her and drew strength from her show of support. He thought that she must think that he looked dashing and heroic dressed as a warrior of old! And so he pumped up his chest, drew his shoulders back and continued with gusto towards Brickfields and waved goodbye to the Mak Chik! 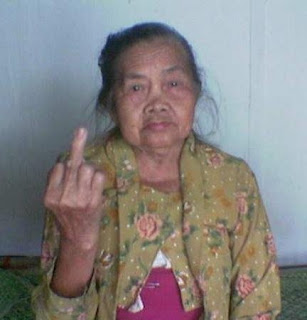 By the time he reached Brickfields, unfortunately shooting was already over for the day! He was hungry and it was close to dinner time.  Nasi Biriyani was on the agenda...though he was not too sure about the drink.......so he just had a Teh Tarik with his Biriyani. 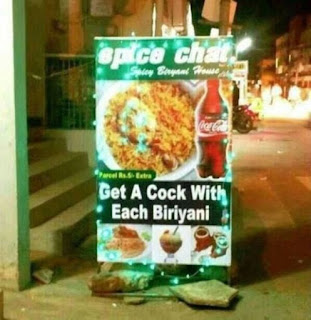 At the end of a long and unproductive day and still dressed in his green Malay warrior attire and walking the streets of Brickfields, he was given the final insult of the day when this Indian sitting by the roadside looked up as he passed by and gave him that classic Indian put down: Chiiitt....Poodah! And so ended another day in Bolehland for this man who is NOT Hang Tuah! 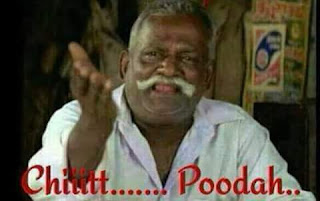