Berita Daily : One too many Harun Idris in Umno ranks.


One too many Harun Idris' in Umno ranks
Our nation can ill afford another incident that would pit the Malays against the Chinese, Islam against Christianity, certainly not when the government of the day is the instigator
Hussein Hamid 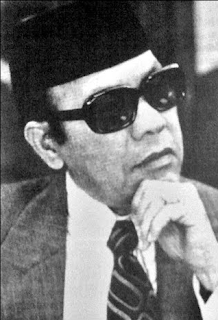 Some would disagree and insist that the May 13 racial riots changed, for the better, the lot of the Bumiputeras.

Disagree, agree or whatever your thoughts and sentiments are of the May 13th racial riots, what is obvious is that our nation can ill afford to have another incident that would pit the Malays against the Chinese, Islam against Christianity - especially not when there is not one Harun Idris within the ranks of Umno but many and certainly not when the government of the day is the instigator rather that the moderator of our country ills.

From the time of Najib Razak's ascendancy to the ranks of the high and mighty within Umno and Putrajaya, our nation has been plunged into a period of uncertainty, chaos and division as he captained the Ship of State from one crisis to another. Whether in his personal or public persona, whether in his private or public life, Najib stumbles and too often falls flat on his face in his attempts to govern our nation or wear the pants in his home.

In short he is a disaster that is already happening to our nation and a monumental failure as a leader of a nation that has soundly rejected him and the BN he leads by depriving them of the popular mandate to govern after the last general election. So why is Najib still PM and why is BN still the government in residence at Putrajaya?