With thanks to Stanley. 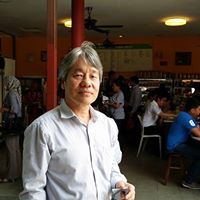 I am of the opinion that we let the Red T shirt menace run its course.

Everybody clears out of the area that they want to run amok on September 16. They will be shouting and waving posters for the cameras. Also will be stomping on some pictures of people who won't be there. Then they will kick at some doors and walls. Hopefully some of them will fall into some drains as well.

Us? Let's plan to have a good meal and enjoy Happy Hours at least 5 kilometers from where the madness will be.

It will be peaceful for us and they would have reclaimed their dignity, whatever that means.
Cool?


steadyaku47 comments : My sentiments exactly....except for the "Hopefully some of them will fall into some drains as well" ....most unbecoming of Stanley to want that to happen to those Malays....he can even be accussed of being a racist ma!

It would be more appropriate to wish the following upon them " may a thousand camel fleas infest your pubic hair and your hands be too short to scratch them!

As for having a good meal and enjoying Happy Hours ...ok lah brother.... if you are buying!
Posted by STEADYAKU47 at Thursday, September 10, 2015