MARUAH and the Malays!

We see them a dime a dozen peppering those tin pot alley countries in Africa. In the recent past we have also seen them in some oil rich middle eastern countries where oil has given these undeserving leaders riches beyond their wildest dreams and with that, opportunistic friends in high place in America or Russia and other parts of the world.

In time, these sad excuses for President, Prime Minister and an Emperor or two, have found themselves forced into exile with or without their ill gotten gains. Some are put on trial and then summarily executed. Some hanged. Some are simply put against a wall after a sham trial and shot by those over whom they have once presided over. 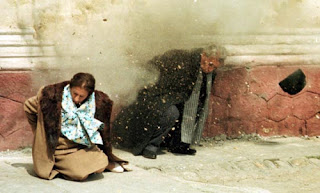 Papa Doc, Marcos, The Shah of Iran, Ceausescu, Suharto, Thaksin. Qaddafi, Saddam are a few names that comes to mind....all of them, with the exception of Thaksin, now dead but not before Karma caught up with them with a vengeance.

Many of them have spouses that rivaled them in their excesses and their arrogance but I would think that Rosmah Mansor is in a rabid class of her own.

None of those mentioned above has ever been accused of playing second fiddle to their wife - nor would they be ever accused of hiding behind their spouses skirts .....only Najib has been accused and convicted of both - though it must be said in sympathy with Najib that none of the spouses of the others mentioned above are as physically intimidating as Rosmah is. Size, they say, is everything. 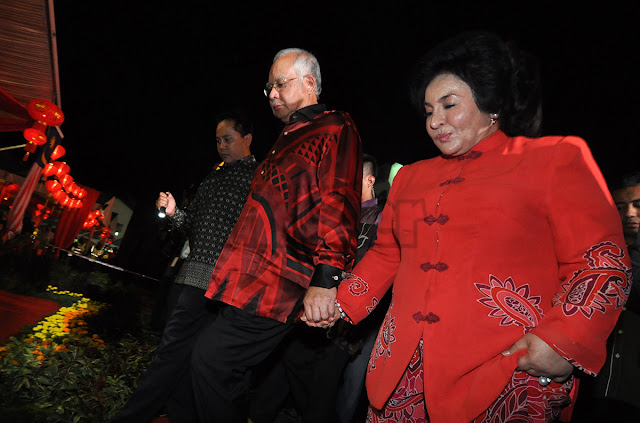 For too long the Malays have been played for fools by our bangsa (read bangsat) Malay politicians masquerading as champions defending our race, our religion, our way of life and our future. They say that we  Malays are being threatened by the non-Malays, the Christians and even by the simple Malay villagers killed in Memali many many years ago. For these bangsa (read bangsat!) Malay politicians, enemies can be found everywhere they care to look - even among their own flock.

Mahthir found them in Musa, Ku Li, Anwar, Pak Lah and now Najib. Najib found them in Pak Lah and now Muhyiddin. How soon before Najib will find Zahid to be his enemy or Zahid finds Najib to be his? The history of Umno and Malay politics tells us that this is not an "if" but a "when!"
Is it no wonder then that for these bangsa (read bangsat!) Malay politicians these are the best of times. They sell their soul and themselves for money...lots of money....and in so doing pledge their obnoxious support for Najib whose creed is that cash is King!

I cannot believe that among Umno one hundred and seventy Ketua Bahagians there is not a single one of them who is a jantan brave enough to stand up to the tyranny of Najib and his money! To believe otherwise would mean that the Malays are bankrupt of all that we are renowned for : decency, integrity, graciousness and that most precious of our Malay heritage - MARUAH! Or as you all know it better to be :  DIGNITY!

Power, money, social standing has nothing to do with MARUAH. It is that finite value that separates a beggar from Najib Razak.

A beggar that shares his meagre food with another beggar has MARUAH.

Najib distributing BRIM to assist the poor in Malaysia has no MARUAH. We know that he does so because it is votes that he wants to buy with Brim - not alleviate the poverty and the hunger of those without the means of even putting one single decent meal on the table each day.

Being pushed around in public by Rosmah makes Najib a Malay, a leader and a husband who is without any MARUAH!

So really some Malays are losing their MARUAH with no help for any one else....least of all the Chinese or the Christians!

Though, in all sincerity, I would like to believe that this is not so.