It must have taken a lot to make that once recalciterant Tun Dr Mahathir to go, cap in hand, and ask foreign governments to interfere in the affairs of our nation....but the old man is doing it now with a vengeance....and its seems to be working. 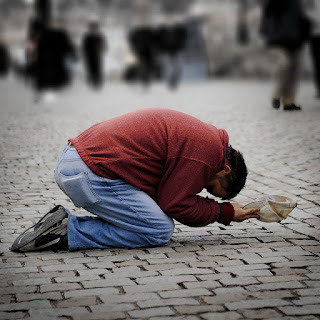 But it is working not because these foreign government are doing it as a favor to the Good Doctor -  it is working because the insanity that drives the greedy has already overwhelmed all rational sensibilities in Najib and Rosmah to the point that the acquisition of material wealth overcomes all other considerations.....giving reasons for foreign governments to bring criminal charges against this odious, contemptible moron of a prime minister!

The closing of BSI because "the Bank executed large transactions for 1MDB with unclear purpose" is surely a first for any prime minister in Asia...if not globally.

What comes next for Najib Razak and Rosmah Mansor?

Right now the ball is at Mahathir's feet!

The Old Man now knows he has to go cap in hand to Anwar Ibrahim simply because only Anwar has the numbers and the ability to move those numbers against Najib Razak ala those "REFORMASI DAYS" and start that Domino effect within our nation for the final push to overthrow those obnoxious couple out of Seri Perdana and banish them from Putrajaya!

The question now is when will the Good Doctor reach out to Anwar?

Bila lagi Tun....the Agong will not or cannot see you (your guess is as good as mine).