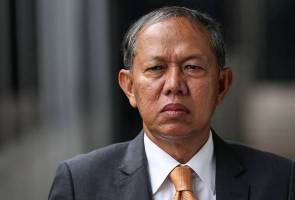 “Never ascribe to malice that which is adequately explained by incompetence....and stupidity” (my italics)
Robert J. Hanlon

Everyone has a sense of humor. Some laugh at cartoons, some at jokes. Some at funny stories......I and Tony Pua laugh at Hasan "cari makan" Ariffin
Hussein Hamid

Never under estimate the power of stupid people when they have to "cari makan".
Hussein Hamid 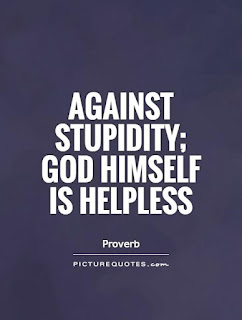 Public Accounts Committee Chairman Hasan Ariffin denies Low Taek Jho's ownership of Good Star Limited, as previously reported by the Wall Street Journal.
PETALING JAYA: Parliament’s Public Accounts Committee (PAC) can only accept verified information in its reports, the committee’s chairman Hasan Arifin says.
Hasan made this statement today when responding to a recent report by the Wall Street Journal (WSJ), alleging that Bank Negara Malaysia (BNM) had sent a letter to the PAC which he heads, stating that Good Star Limited was owned by controversial businessman Low Taek Jho, also known as Jho Low.
“As the PAC chairman, I deny that Good Star Limited was owned by Low Taek Jho as stated by the WSJ, citing a letter between BNM and the committee.
“Because the information received by the PAC was of ‘intelligence level’ clearance, the committee cannot include that as it goes against our work and our responsibilities.
“This could also trigger prejudice towards any side,” he said, although not specifying which report this information was initially included in.
He however did state that the information was classified under “intelligence information” by the Central Bank.
“BNM themselves stated that the information given was of ‘intelligence level’ clearance.
“PAC is not an intelligence body and the information received must be true and authentic,” Hasan clarified.

steadyaku47 comment :  Today is a good day for Tony Pua....how not to be a good day when Hasan"cari makan" Ariffin has once again proven that being stupid is not a handicap to being Chairman of PAC in Bolehland! Tony Pua was right not to under estimate what stupid people will do when they have to "cari makan!".
Hasan cuba fikir sikit....why would Najib Razak instruct that Twit of an IGP to investigate how WSJ got their hands onto that BNM letter that confirmed that Low Taek Jho is the owner of Good Star Limited? THINK! Do you think it is because Najib thinks that that Twit of an IGP is spending too much of his time tweeting or is it because some one from BNM leaked the letter to WSJ? Aisehman Hasan, nanti orang kata Chairman PAC bodoh engkau marah pulak!  Nasib baik Najib Razak is not allergic to stupidity!
Stephen Hawking once said : "Primitive life is very common and intelligent life is fairly rare. Some would say it has yet to occur on Earth.”..,,,now how does Mr Hawking knows so much about Umno, Najib Razak and Hasan Ariffin?
Hasan is entitled to his own opinion... but Hasan, as Chairman of PAC, you are not entitled to be ignorant....or are you just having one of your "stupid days?" There have been far too many of them in the recent past!

But seriously....Is Hasan really stupid or is he pretending to be stupid? Is Hasan being stupid because that is the only way he can "protect" Najib and still "cari makan?"

Let me remind Hasan of this....Rosmah already knows that beauty fades but stupidity stays forever.....so Hasan fikir sikit before you take your brain out of neutral and open your mouth to speak!