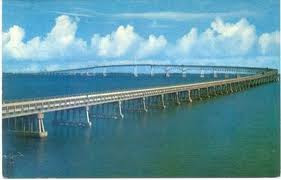 Two companies based in Perlis had proposed building a 48km bridge linking Langkawi to Kuala Perlis on the mainland.
Juruelit Sdn Bhd executive chairman Kamarudin Husin said on Friday the company had enough funds to build the project which includes a monorail bridge.
On another note, Tun Mahathir said he was disappointed that Muslims had become enemies just because they had different views.  He added as fellow Muslims they should not turn bitter enemies as it would divide and weaken them.
The former premier cautioned that this could result in Muslims losing power in their own land.

First let us talk about this Tun saying that Muslims should not turn into bitter enemies.

This is the same Tun that went after two other Muslims, Musa Hitam and Ku Li with a vengeance? Recklessly tearing UMNO apart and having UMNO declared an illegal organization and resulted in the eventual removal of

The same TUN who went for another Muslim, Anwar Ibrahim, with all guns firing and had the Police, the Judicial System, the government Media to collude with him in his criminality …all the weaponry at his disposal without for a moment thinking of the hardship and pain he was causing another Muslim and his Family?
The very same TUN who relentlessly attacked his appointed successor Abdullah Badawi - also another Muslim without the decency to respect the very office he had occupied for over 20 years?

And he now has the audacity to caution other Muslims not to do what he has done? The pot calling the kettle black! Why not say  “Do as I say, do not do as I do”……at least that would give some credence to what he says.

Tun you excel even your own self with your timing....choosing the holy month of Ramadan to lie to yourself with much sincerity because somehow you are able to make yourself believe many untruths about yourself. But to me there is no vagueness in what you say. The premise you advanced is magnificent – that Muslims must not be enemies! And most advantageous to yourself because it costs nothing to you when you never intend for it to go beyond a promise. Nothing more. Nothing less. And there have been many such promises made in the past too!


Thanks to you UMNO is now a den of organized hypocrisy. Invoking ketuanan melayu, national interest, national security, the OSA and the ISA as if they are inevitable products of democracy that our country needs – like we need a hole in our head! But for UMNO and you, hypocrisy has ample wages to make it a fashionable vice, which passes for virtue amongst your peers. For us we know it for what it is - hypocrisy at its worse when religion and race are used for your own purpose.

TUN where in Islam does hypocrisy becomes a virtue?

And now about this Juruelit Sdn Bhd. JURU ELITE…always that word again…ELITE! And they have the money to build a 48km bridge linking Langkawi to Kuala Perlis on the mainland? How?.... will all government-controlled banks be advised to take equity in this company – with of course EPF and Petronas taking prime position in equity? Friends if you believe this company has the money to build this 49km bridge then you believe that  Zizie Izette married Bung for love and for his looks! Well maybe we should at least accept that Bung has eyes like Brad Pitt (two!).
Now tell me which retired Minister or which self proclaimed UMNO elites belong to Juruelit Sdn Bhd?…or should I say the company belongs to which UMNO elite? Reminds me of my schooldays in MCKK. One afternoon I was at the library when the librarian who spoke ‘sikit inggris’ held a pen up that he had found on a table and proudly announced to all and sundry “whose belong this pen?”…..but I digress.
Project after project…each project bigger than the one before it…astounding creativity to ensure that the bottomless pit of money is somehow kept filled with projects for UMNO to empty….not caring a damm if the duck that lay the golden egg (our country Malaysia!) is still alive!
When will this end….when will it all end?
Posted by STEADYAKU47 at Monday, August 23, 2010