Cakap cakap...Najib self praise is Nothing!

Moderates should take limelight from the extremists: PM


BRUSSELS: Datuk Seri Najib Razak won over a captive audience at the end of the Eighth Asia-Europe Meeting here yesterday when he reiterated his call for a global movement of moderates from all faiths to play a dominant role in a world where extremism is threatening peace.
He expanded further the call he made in his inaugural address last month at the United Nations General Assembly in New York in which he urged nations to reclaim the centre from extremists.   He said the response to his speech from among the 47 European Union and Asian leaders was spontaneous and rousing.
The Prime Minister said this at a Press conference after the conclusion of the two-day biennial meeting - ASEM 8 -- at Palais Royal de Bruxelles in the Belgian capital.

I goggled Eight Asia-Europe Meeting with emphasis on the second and final day when Terrorism and Piracy issues were being discussed – hoping against hope that there would be a mention about the “spontaneous and rousing” response (Najib’s word not mine!) to our esteem Prime Minister’s clarion call to the captive audience “for a global movement of moderates from all faiths to play a dominant role in a worlds where extremism is threatening peace”. Nothing! 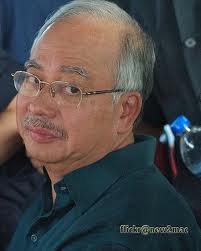 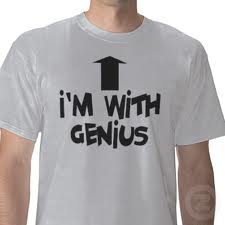 Surely there must be a comment  - if not from one of the world leaders attending that summit then from a reporter sent to cover the summit – at least a passing comment about the “spontaneous and rousing” response from the captive audience to Najib’s speech. Nothing.

So I go to Bernama. Bernama also quoted Najib “Prime Minister Datuk Seri Najib Tun Razak who reiterated the call during his intervention on the second and final day of the summit on Tuesday said leaders reacted positively to it”. And just to be on the safe side Bernama also mentioned “Several leaders also came up to him and congratulated him for the speech”. Who these leaders are is for Najib to know and for us to find out!

Aisehman Najib self-praise is nothing! Self praise is for losers.

“The advantage of doing one's praising for oneself is that one can lay it on so thick and exactly in the right places.”
Samuel Butler (1835 – 1902) British writer

Email ThisBlogThis!Share to TwitterShare to FacebookShare to Pinterest
Labels: Najib, self praise