Din not a Pondan -just a Born Loser! 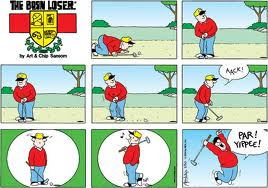 Din is an under achiever…not an idiot….and he has aspirations to seat in the seat that his cousin now seats! And I quote a personage no less then Oscar Wilde to tell you what this Din guy is doing: “Whenever a man does a thoroughly stupid thing, it is always from the noblest motives.” Oscar Wilde.

Yes this Din guy has a noble motive – Din wants to seat in the seat that Najib is now seating because he wants to fulfill the wishes of his Grandfather Dato’ Sir Onn bin Jaafar – for party membership of UMNO to be opened to all Malaysian and for UMNO to be renamed as the United Malaysian National Organization! Truly a noble endeavor – and if you believe this then you will also believe that Zaid and Azmin are really really BF (Best Friends)!
Let us get serious. I have mentioned before in a previous article, sometimes the ‘intelligence’ genes handed down from Father to Son can skip a generation. Dato Onn ‘intelligence’ genes were certainly passed on to Tun Hussein but looking at this Din guy I guess it skipped a generation and by passed him!

On the plus side: Even if Din is stupid, in theory (if genes can sometimes skip a generation), his children might still be smart. Which then brings us to another question about Din’s children: How can children as smart as them have a Father as dumb as Din? Anyway you look at it ….this Din guy can never win. He is a Born Loser!