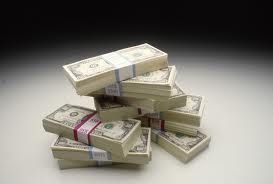 I can only borrow from the Banks what I can afford to pay back. What loans and overdraft that are given to me are either borrowed against collateral I provided or guaranteed by somebody acceptable to the bank or given after the bank is convinced of my ability to repay. Insurance on assets that I buy with the bank’s money and insurance against my life expectancy are also required to ensure the bank has covered all probabilities and possibilities that might cause me not to repay the loan – including death! They say that there is nothing safer then keeping your money in the bank but I think it is safer when the bank lend our money to others – because not only are they not using their own money but they have made sure that they will get their money back with interest.

So if the banks are that careful with our money, how come Bank Bumiputra “merged” with CIMB? How come Sime Darby Bank made a loss of RM1.8 billion in 1998? Simple answer? The banks started fooling around with Barisan Nasional politicians. Need I say more? Any fail safe business that sleep in the same bed as these unsavoury politicians will fail. No if’s, no but’s…they will fail!

So will our country fail?

Our country has been in the hands of UMNO politicians for as long as we have existed as an independent nation. Systematic failures have characterised all mega projects undertaken by this government: be it in infrastructure, utilities, the national car project, ports, defence spending, yacht regattas, huge conglomerates with billions of ringgits worth of assets and cash reserves frittered away etc etc…….Fail. Fail. Fail. The only thing that distinguishes these project and business failures is the magnitude of their failures…big, bigger and like PKFZ…. MEGA! Now all of this has been the fallout from the Mahathir era.

Najib and Co. are distinguishing themselves by churning out colossal money making opportunities (for UMNO and their cronies only!) that are already able to eclipse what Mahathir has done – and knowing Mahathir’s perchance for mega wastage, that is saying something!

We are now being prep to accept projects coming our way that are worth in the billions! These billion ringgit projects are rolling off Najib’s tongue with a familiarity that is beginning to worry me. Just the other day the “T” word was mentioned! The “T” word? For Trillion!

Now our rubber and tin production is not what it used to be. Petrol is a non renewable source of income – it diminishes as time goes by. We do not have gold or other precious metals in commercial quantities. Our Oil Palm production is now behind Indonesia that emerged as the world’s largest producer since 2007. We are not a financial centre like Singapore. Neither are we currently the preferred manufacturing hub for automative products, food products, medical products, electronic, shoes or for that matter any viable products for any global corporation.

So where the hell is the money for these MEGA projects coming from? Remember what I said at the beginning of this article about me borrowing from the banks? Well just as we can borrow from the banks, so can the government. Do they just print the money ala the Japanese and their banana money during their occupation of our country or do they borrow from the World Bank? Neither! The government borrows through the issue of government debt in the form of government bonds or gilts and these are sold to financial institutions that provide the cash and are paid in INTEREST rate or coupon. The operative word there is “government debt”.  That is the interest that our children and our children’s children will be paying for the borrowed money already squandered by UMNO and BN through failed projects and their partiality towards engaging in endemic corruption.

Najib will be gone in a few years – maybe even as early as next year when the general elections are called. So his government borrows now…who pays? Our children. And what are they paying for? Tolls that keep rising, Bakun, PKFZ etc etc …our children are paying for over priced infrastructure and failed projects, failed stadiums, for making UMNO and BN politicians and their cronies rich beyond their wildest dreams.

Just imagine….your great grand children will be paying for that RM$500 million given to Razak Baginda for services rendered to the Malaysian government in their purchase of those submarines. They will be paying for  Jho Low spending millions on Paris Hilton..the one Anwar says he is not jealous of! They will still be paying for Khir Toyo’s travels and palatial mansion. Paying for Mukriz’s rich and famous lifestyle. They are also paying for the sham of setting up MACC to do the dirty work for BN in giving everyone else but BN, a hard time! Paying for the Hari Raya gift from Felda to their settlers! Are you getting the picture? The paying never stops because the wasteful spending goes on and on and on……..

When we buy and spend we must be able to afford to do so. Do not saddle our children with the interest of what we borrow. Is it not enough that we have to suffer from the billions wasted by the BN government? Must our children too?

How do we stop this?

Vote Barisan Nasional out in the 13th General Election!

Then we can declare Malaysia UMNOFree!
Posted by STEADYAKU47 at Thursday, October 21, 2010

Email ThisBlogThis!Share to TwitterShare to FacebookShare to Pinterest
Labels: Don't tell Najib what comes after Trillion