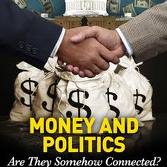 There is no nobility in the politics of UMNO and Barisan Nasional. No respect, no honour, no dignity and certainly no integrity. But money and power is a powerful aphrodisiac and it continues to suck in the gullible into this second oldest profession and UMNO continues to recruits those with a keen eye for the spoils of victory. Unlike the oldest profession that satisfies only one of man’s primary urges, UMNO politics does more. Power and greed tops the list. 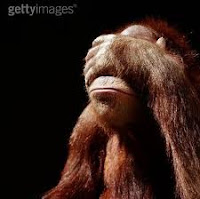 UMNO’s present President proclaims that Malaysia is for everyone and 1 Malaysia is the way to go. UMNO’s past president, even at 84 years old, is wheeled out to champion the Malays using Perkasa as his special purpose vehicle to cut a swathe across the Malays and non-Malays and create a racial divide that UMNO hopes will kick start the Malay surge towards UMNO. A good cop bad cop routine which might have worked in the good old days of pre 1983 when the World Wide Web was still being developed but hardly likely now.

MCA leaders continue to chases the dragon with UMNO. MCA leaders get their “high” from spin offs from the Ministry of Transport and Health (among other ‘dragons!”). The PKFZ debacle and the state of our Hospitals is a source of many of MCA’s “high” when at least for a while the whole world for MCA was peaceful until there was no more “high” to keep them numb. And still they crave for more “highs” and so they go back to UMNO to ask for more and they pay for it by developing a tolerance for how UMNO “manages” the Chinese people.

They have already sold their soul to UMNO and so now they sell their own people – the Chinese – to UMNO. Pretty soon there will have nothing left to bargain with UMNO in their search for their “dragon”. Then like Samy Velu of MIC fame  – they will leave the stage bloated and without a care of what they have done to their own race. That my friend is what ‘chasing the dragon’ does to you – it numbs the senses and isolates you from the sensibilities that affects us ordinary mortals. 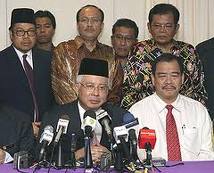 But why do we complain. UMNO does it to their own race. And we elected them to be our leaders. Malays, Chinese and Indians – we all put them there. The same for Sabah and Sarawak!

UMNO’s support gambling licenses for Toto, Magnum, Empat Nombor Ekor, Genting. This same UMNO cautions Muslims against accepting “sin” money from the Pakatan Rakyat’s state government of Penang. How they reconcile the former with the latter is not an issue to UMNO – hitting the Pakatan Rakyat government of Penang below the belt is! That it would cost these elderly Muslim much personal hardship to return these ‘sin money’ back to the state government is not of any consequence to UMNO. What matters is point scoring against the opposition!
So now we have the people of four states in Malaysia that favors the opposition over a Barisan Nasional led state government. Why is this so? This is primarily because the credibility of Barisan Nasional politician is at rock bottom – zilch, zero, kosong!
The people believe the words of opposition leaders who have been incarcerated under the ISA more then the words of our Prime Minister or any members of his cabinet.
The people believe the words of those suspects who survived their time under custody by PDRM more then the proclamation of innocence of wrong doings towards these suspect criminals by the Inspector General of Police!
The words of the Penans in Sarwak – a nomadic aboriginal people living in one of the world’s oldest rain forest - are believed more by the people over that of their Chief Minister Taib Mahmud!
The words of a sergeant “involved” in the theft of Jet Engines from the RMAF secured base is believed more by the people over the Chief of The Air Force!
And of course the words of our very own Prime Minister on his involvement with Altantuya, the Perak political debacle – in fact on almost about everything he has said since becoming Prime Minister is not believed by the people any more! The same can be said of those so-called “elites” that makes up the Barisan Nasional government.
In Malaysia anybody will tell you that the reputation of Barisan Nasional politicians ranks well below just about everybody else in Malaysia! The public have a low opinion of anybody that seek to manipulate them, con them and tell them things that are not true.
For the most part we know that promises given by BN politicians are often given without any intention to keep them. During campaigns they create a fairy tale world where nothing bad will happen just as long as they win. They will spend more on this and that without increasing taxes while also eliminating debts and deficits. We can have everything we want if they win – who can forget Najib’s promise of millions of ringgits million to the people of Sibu for flood mitigation – if BN’s candidate wins!  The government can solve all their problems.
The politicians presume that most voters are naïve and gullible. They play on the gullibility of people who don't think much about politics. But what works in the short term comes at a long-term cost to the politicians' credibility. Yes many voters are naive and gullible. But when eventually they realize they have been conned, they switch not to reasoned skepticism but utter cynicism about the untrustworthiness of these political leaders. 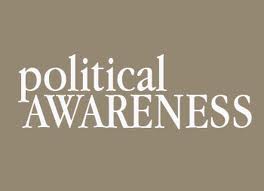 BN politicians also use populism to shed their elite status when it suits them. That popular “turun padang” phrase is a good example of this. It has become the norm for every Prime Minister and minister to have that “turun padang” moments where they walk amongst us ordinary mortals for the requisite 30 minutes or so an then climb back into their air-condition chariot to be whisked away back to the world they came from – patting themselves on their back for having gone “turun padang” to run shoulders with the masses! Some go so far as to “toil” beside the masses in well choreographed “rubbish removing” or “cleaning” stints on beaches and public playground – which are good photo opportunities for all involved – especially the Ministers!

At least it would seems that UMNO is giving the people what they want – whether it is actually in their interest or not. I just wish that UMNO will stop doing things for us all the time. Every time they do something for us we come out the loser. Maybe if they start doing something for themselves - that might be better for us. 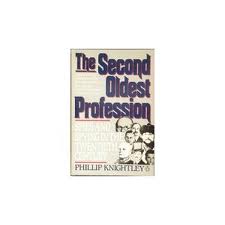