FEAR - a new emotion for UMNO and BN! 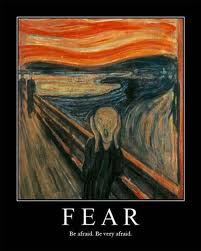 Barisan Nasional politicians display a range of emotions. Humility when it is required of them. Empathy if that is the appropriate response. Rapt attention when in a religious sermon situation. Seriousness when matters of ‘National Security’ are being discussed. Playful bantering when trying to ‘connect’ with the masses on a ‘turun padang' foray into Brickfields, Chinatown or Jalan Masjid India.….a whole range of emotions contrived to fit the occasion.

Along the way these same Barisan Nasional politicians have also picked up arrogance, conceit and a number of other unsavoury emotions best not mentioned here….like behaving as an elephant in musk when confronted by members of the opposite sex on the prowl for old or middle aged Barisan Nasional politicians with our money in their bank….…but I digress.

We expect this of Barisan Nasional politicians. That is what they do and they do it well.

Lately they have had to contend with another emotion that most of them are not too familiar with. The oldest and strongest emotion all of us must have had felt at one time or another. Fear! Most Barisan Nasional politicians do not have much recollection of having felt this emotion in the past when they had complete control over all things Malaysians. After all they have been through twelve general elections and won them all. There are many in BN who still believe that this is not a problem. But increasingly losses in by-elections and a real physical shift in the public intolerance of things that Barisan Nasional and UMNO do is gradually putting an end to whether or not fear does exists within those who are the leaders of this Barisan Nasional Government. 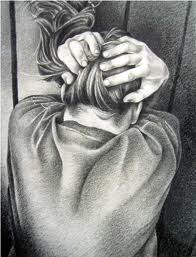 Not only is there real fear, but it exists in their head endlessly and its effect is now giving rise to a frightening reality within Barisan Nasional. The reality of contemplating what is in store for Barisan Nasional AFTER the 13th General Election.

Look at what happened today when Muslim leaders hit out at Prime Minister Najib Razak for belittling his own Islamic faith and joining MCA president Chua Soi Lek in warning non-Muslim Malaysians that they would have to suffer lifestyle changes if Pakatan Rakyat came to power as PAS would insist on forming an Islamic state. That is what fear does to you. You become irrational. You use anything – even religion – as a defense mechanism.

These Barisan Nasional leaders succumb to fear not triumph over it. Remember what Mandela said?

“I learned that courage was not the absence of fear, but the triumph over it. The brave man is not he who does not feel afraid, but he who conquers that fear”.

But what do Najib and his band of merry Barisan Nasional men know of courage? They hide behind PDRM, behind the ISA and behind the all-enveloping wall of government that money and political power can buy. 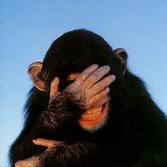 Mahathir went on his Ops Lallang spree! That Din guys is itching to fill the jails with ISA detainees! Pemuda UMNO is desperate to be allowed to unleash their brand of “Ketuanan Melayu” upon the nation at large…and of course we must not forget that son of Ali and his Terpaksa Perkasa! God the mind boggles when we think of these things…but think we must so that we will be prepared when they think it is time to move against us! And move against us they will – not if but when!

We too have our fear of being arrested under ISA. Being interrogated by the Special Branch. Maybe even murdered while under the custody of PDRM but in spite of our fear we will do what we have to do. Use the 13th General Election to get them out! So please go register to vote. Do it now! And then WE will be ready to move against Barisan Nasional! We have the numbers!
Posted by STEADYAKU47 at Monday, October 11, 2010