The last farewell to my wife — Lee Kuan Yew

Oct 6 — Ancient peoples developed and ritualised mourning practices to express the shared grief of family and friends, and together show not fear or distaste for death, but respect for the dead one; and to give comfort to the living who will miss the deceased.
I recall the ritual mourning when my maternal grandmother died some 75 years ago. For five nights the family would gather to sing her praises and wail and mourn at her departure, led by a practiced professional mourner.
Such rituals are no longer observed. My family’s sorrow is to be expressed in personal tributes to the matriarch of our family.
In October 2003 when she had her first stroke, we had a strong intimation of our mortality. 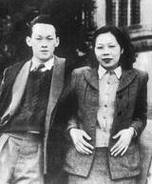 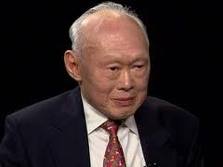 The last two years of her life were the most difficult. She was bedridden after small successive strokes; she could not speak but she was still cognisant.
Every night she would wait for me to sit by her to tell her of my day’s activities and to read her favourite poems. Then she would sleep.
I have precious memories of our 63 years together. Without her, I would be a different man, with a different life. She devoted herself to me and our children.
She was always there when I needed her. She has lived a life full of warmth and meaning.
I should find solace at her 89 years of her life well lived. But at this moment of the final parting, my heart is heavy with sorrow and grief.