WHAT UMNO HAS IN COMMON WITH THE ICONIC BURJ KHALIFA IN DUBAI! 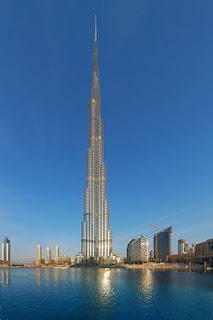 All the superlatives that you can think of you can literally apply to the Burj Khalifa.

The same with UMNO. It is the largest political party in Malaysia.It has governed Malaysia uninterrupted since Independence. It owns PWTC and Menara Dato Onn a 40-storey office building with a total lettable area of 360,000 sq feet - no other political party has anything that can compare with it.

But UMNO and Burj Khalifa have one thing in common.

Dubai does not have a central sewerage system - a sewerage infrastructure to support high rises like the Burj Khalifa. The world’s tallest building was not built with an adequate sewage system. All of the human waste in the 829 meter tall building has to be removed by trucks.

Today I learned something that also defies belief: all the poop produced there has to be removed by trucks.

Let’s do the math here. The Burj Khalifa has 163 habitable floors. It’s designed to hold 35,000 people at any given time. Now, humans produce 100 to 250 grams (3 to 8 ounces) of feces per day. Let’s say 200 in this case, since these people are well fed. That’s 7,000,000 grams per day. Seven tonnes of poop per day. Now, add human-produced liquids (pee, bathing, cleaning their teeth…) and the water to push the poop down its miles of sewage pipes. I think a very conservative total would be 15 tonnes of sewage per day.

That’s a lot of poop.

And all of it has to be removed by trucks. The trucks take all this poop to a sewage treatement facility outside of the city. It’s the same with most skyscrapers in Dubai, according to Kate Ascher, author of The Heights. Talking to Fresh Air’s Terry Gross, Kate said that these trucks are in a permanent line waiting to get into the sewage treatment plant, waiting up to 24 hours before they can unload their crap.

So what happens? UMNO craps and sewerage stays within UMNO and stinks UMNO up.
And that my friend is why UMNO is the way it is today. A putrid, festering abyss of arrogance, greed, money politics - all crap and sewerage that is drowning UMNO in its own filth!  Now if only UMNO will install an adequate sewerage system maybe we will then be rid of Mahathir, Najib, Muhyiddin, Hishamuddin, Nazri....oh God the list is endless.... ...and the other thing that I think about when I think of UMNO is the following youtube video of the Colombian Army in training...the fat guy closest to us is Najib and his side kick is anybody else you want him to be...Rosmah, Mahathir, Muhyiddin....again the list is endless.....