I have never liked Rosmah! Not even for a brief moment. I have had the misfortune of being in the same room with her only once and that experience alone gave me more than my fill of that women. It is not polite for a gentleman to talk ill of any women however deserved but for Rosmah I will not be a gentleman and I will certainly not be polite! Better to be called ill mannered for my tirade against her than to lie to so many others. For if truth is to be said, never in the history of our country has so much venom and bile been directed against one women or for that matter, any man!

Not even Mona Fandy, pop singer, witch doctor and murderess! Even Mona Fandy had her saving graces. She smiled, dress well and was disarmingly charming to everyone right up to her execution in November 2001 at Kajang Prison.

Not even Imelda Marcos! Even Imelda's vanity and excesses were somewhat muted by her beauty. We have always been tolerant of dumb blonds...beauty always has the ability to make us more accepting of a lady's failings. 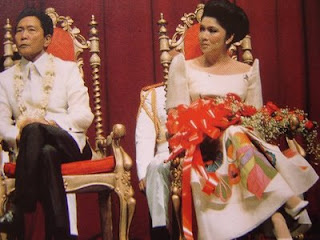 Alas Rosmah has no such saving graces. Not even witty conversation.

Rosmah gives divorce a good name, and she almost makes us accept that having another wife is understandable if your first one turns out to be a Rosmah.

And she, above all else, would be about the only reason that most of us might be able to have some sympathy for Najib - the long suffering husband - but then that is what you get when you screw around with somebody else's wife - as she was then when she met Najib!

Every other wife of our past Prime Ministers has been held with much affection and love - everyone except Rosmah.

Why the hate bordering on contempt? Why do so many of us feel disgusted with her antics - a disgust we would normally reserve for evil step mothers and young aspiring actress, models and trophy wives who marry into money and nothing else? The answer lies in her inability to understand her role, duty and responsibility  as the wife of our Prime MInister.

Lest I am called a cad I must confess that she does have one saving grace! Yes even Rosmah has one! She keeps Najib on the path of the straight and narrow! I have yet to hear of Najib playing around AFTER he married Rosmah...before marrying Rosmah is another matter! Of course we do know that Najib is doing so on pain of DEATH - political and physical death - should Rosmah even hears of his intentions to be that way inclined!

Oh yes one other thing about Rosmah...She is the greatest living argument against human cloning. She and Mahatir lah!

Why all this venom again from me? This latest pic of her imperial manner set me off this morning! Enough said! 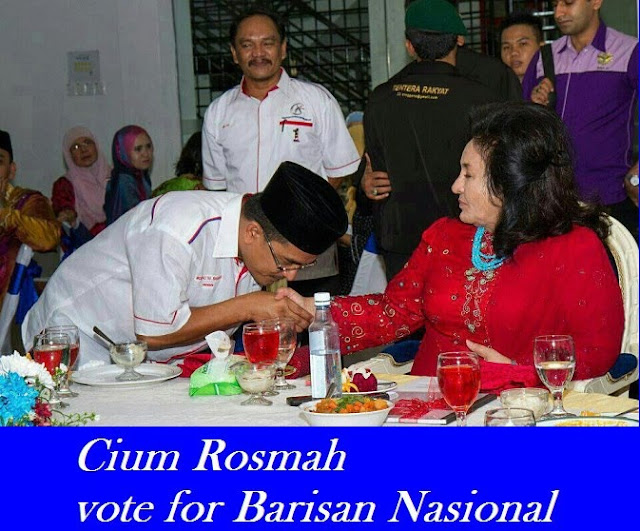