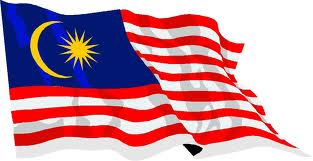 Its 9.31 am here and I know that many of you are by now awake and ready for what the day will bring. I have had a few emails already this morning telling me about Teh Tarik and Nasi Lemak breakfasts and what not! As I have told one of you I do have my Nescafe in lieu of the Teh Tarik but no Nasi Lemak lah – maybe Nasi Lemak later for lunch at the Blue Crab (a Malaysian Restaurant nearby) but that will cost me about RM35 (and no sotong some more!)..lucky myself so rich one!

Now if I was still living at Bangsar Permai I would by now be at the morning market at Lucky Garden getting breakfast and some fresh provisions for the house. Some Yam Tau Foo for breakfast (with extra packet of sauce) and a packet of Nasi Lemak and Ayam Goreng for lunch…roti canai from the nearby Mahboob restaurant for my son Zack and in the right season langsat for my wife. That is her number one Malaysian treat! But I digress….

Last night Lita told me that she was in Bangsar giving  Nurul her support. Good on you Lita…all the way from Singapore! But I reminded her that Bangsar is MY place – and I am watching her!

I slept at 3 am last night and was awake by 6.30 this morning ready to go. Sent a “your day with destiny  - all the best” message to our brother Anwar…and he replied “ini kali lahI”. Right on brother!

Everyone of you working so hard willing Pakatan Rakyat to victory! Malaysian together! Malaysian forever!Jom mengundi!

And this is the Headline here! ABU!

PERMATANG PAUH, Malaysia (AFP) - Anwar Ibrahim said only fraud can stop his Malaysian opposition from scoring a historic election win as the rival sides launched a last-ditch campaign blitz Saturday on the eve of a tense vote.
Sunday's elections are the first in the country's 56 years of independence in which the only government Malaysia has known faces possible defeat.
The uncertainty has given rise to a bitter campaign, with Prime Minister Najib Razak warning of chaos and ethnic strife under the opposition, which has countered with numerous allegations of government vote fraud.
Anwar set the stage for a possibly destabilising challenge to the results, accusing the Barisan Nasional (National Front) regime of cheating to thwart what he called a "democratic revolution", urging voters to turn out en masse.
"It's electoral fraud, the Election Commission's complicity in the crime, attempting to steal the elections from the people," he told AFP in an interview in his home seat in the state of Penang.
He added: "Unless there's a major, massive fraud tomorrow... we will win."
Najib's government denounced the claim.
"The government strongly rejects Mr Anwar's latest allegation because the Elections Commission has gone to great lengths to ensure Sunday's election is free and fair," it said.
Both Anwar and Najib campaigned in their home regions where they will cast their own ballots early Sunday.
Najib's ethnic Malay-dominated Barisan has tightly held power in the multi-racial nation for decades, steering it from a backwater to an economic hub with some of Asia's highest living standards.
But its grip is slipping, with a new generation of voters increasingly impatient at corruption, controversial policies favouring Malays and authoritarian tactics.
Najib, who was installed after his predecessor was dumped over a weak 2008 polls showing, has appealed to voters for more time to follow through on his promises to reform.
"I want to carry on with the trust," he told supporters in his home state of Pahang.
Surveys suggest a race too close to predict, with many voters still undecided between Barisan and Anwar's three-party Pakatan Rakyat (People's Pact).
With the outcome in doubt, Najib has showered voters with cash handouts from government coffers as Barisan-controlled traditional media relentlessly attack Pakatan.
Anwar was Barisan's charismatic heir-apparent until a 1998 power struggle saw him jailed for six years on sex and graft charges widely criticised as trumped-up.
He later brought his star power to the previously weak opposition, dramatically reversing its fortunes.
Upping the ante, Anwar released a plan for a "historic" power transition, pledging to probe "detrimental" government deals, free the media and lower petrol prices.
His transparency promises are anathema to Barisan, long accused of sweeping corruption under the rug.
Under pressure, Najib announced limited political liberalisation moves in recent years but critics say he has not undertaken real reform.
Anwar has drawn massive crowds on the stump including Friday night when tens of thousands of supporters swamped opposition-held Penang's capital.
But the fraud allegations hang over Sunday's vote.
Last week it was learned that indelible ink meant to mark voters' fingers to prevent multiple voting could be washed off, and Anwar said Barisan was flying tens of thousands of "dubious" voters to pivotal areas.
The government later said the flights were a "get out the vote" drive, but has provided no details.
Violence also has raised tensions, though no deaths have been reported.
An explosive device detonated at a power substation near the Kuala Lumpur headquarters of Anwar's party late Friday, causing minor damage, a party official said.
Police also have warned voters not to "loiter" around polling stations or celebrate on Sunday, apparently fearing possible unrest.