Mahathir has the Numbers!

Najib and Rosmah's crowning moment of their sordid life of decadence and excess has to be the moment when Najib first took office as Prime Minister of Malaysia.

Since then it has been downhill all the way! 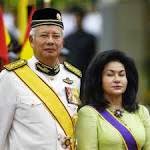 Yes they are still residing in Seri Perdana. Yes all the trappings of political power and the office of the most powerful job in the country is still theirs. Everywhere they go people still bow and defer to their desires and their commands. And even now their wishes is a command to those that still do their bidding....but for how long? A week, a month.....perhaps. Waiting for the inevitable can be an eternity for some.

The rich and powerful may propose but God disposes.

But God is for the hereafter!

For the present it his peers that will decide his fate and it is Umno that will pull the trigger of the gun placed at the back of Najib's head! Over all this, Mahathir will preside.

And Mahathir already has the numbers!

The question now is what will bring down Najib and Rosmah?

One word, four syllable, female, Mongolian, dead but still able to haunt those who fear her most.
As political scandals go, the Abdul Razak Baginda & Altantuya Shaariibuu affair has it all.


It’s a concocted tale of violence and murder, death, betrayal, greed, deceit, cover ups, illicit sex across many continents, corruption, cronyism, abuse of executive power and the peoples’ trust, massive abuse of public money, compromising our national security, shenanigans at the Immigration department, gutter politics, miscarriage of justice, covert operations by Unit Tndakan Khas (UTK) on behalf of the rich and powerful, theft of explosives from the Ministry of Defence (MINDEF), blackmail and the exposure of the lives of the rich, powerful and politically connected and not dismissing the likelihood of further escalation of diplomatic ‘tension’ involving Mongolia and France….and still counting!

In summary a drama of Shakespearean dimension! As of 2013 – another death – that of P Balasubramaniam, the acquittal  and then conviction of Azilah Hadri and Sirul Azhar Umar, can now be added to its data base. 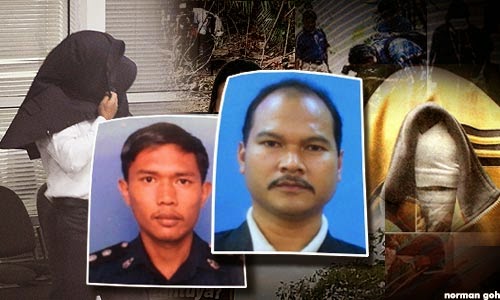 Yes, events can be manipulated, information suppressed and truth hidden but not indefinitely.
The Altantuya murder exposed what we suspected has been happening all along in the murky world of corruption, cronyism and abuse of executive power by Umno’s political elites and their cronies.

Before the Altantuya saga, the accusations of mischief, corruption, cronyism and abuse of power hurled towards our ministers were brushed off as half-truths, gossips and innuendos.
Altantuya changed everything. The truth has surfaced. We have names, amount of money involved, the secret deals and much more today. Nevertheless, there is a lot more to be discovered.
Why, you may ask, has this Abdul Razak-Altantuya affair not yet brought down Najib and caused the downfall of the Umno-led Barisan Nasional government ?
It is simply a matter of convenience.

The merit of a scandal has little to do in bringing down Najib Tun Razak. It is a matter of timing. When forces within Umno are ready to move against Najib then the Altantuya affair will be revisited and enough will be revealed to ‘persuade’ Najib to exit Umno with dignity or money!

For all the right reasons Mahathir and Umno has now irreversibly moved to oust Najib Tun Razak as President of Umno.

Clueless as always, Najib will know of it when he is no longer President of Umno!

All we can do for now is wait!