Then I was taken to the King of Malaysia under gunpoint, fearing for my safety and well being. Our first encounter happened in one of the Agong's private houses, in what I believe was a place called Bukit Nanas.

And with Dina Briezela Cooper, Sultan Ahmad Shah had one daughter : CARLA

Dina wants Carla to be acknowledged as the sultan's daughter.
"It is unfair to her to be treated as an outcast. She just wants to visit her father and get to know her half-brothers and -sisters".

"She wanted to have the ability to visit him annually, for a period of two weeks each summer and maybe one or two weeks during her winter break," said Dina.

Dina stressed that Carla never had the intention of becoming a royal princess at all.

"Carla has also informed her father through his lawyers that the reconciliation she sought was not for money and that she was not for sale," said Dina.

Carla was disappointed when the sultan and his lawyers indicated in previous meetings that he was reluctant to have a steady relationship with his daughter.

For Dina any settlement must include a written acknowledgment of Carla's paternity, an agreement that Carla be allowed to visit her father annually and that Carla be accepted as one of the sultan's children. 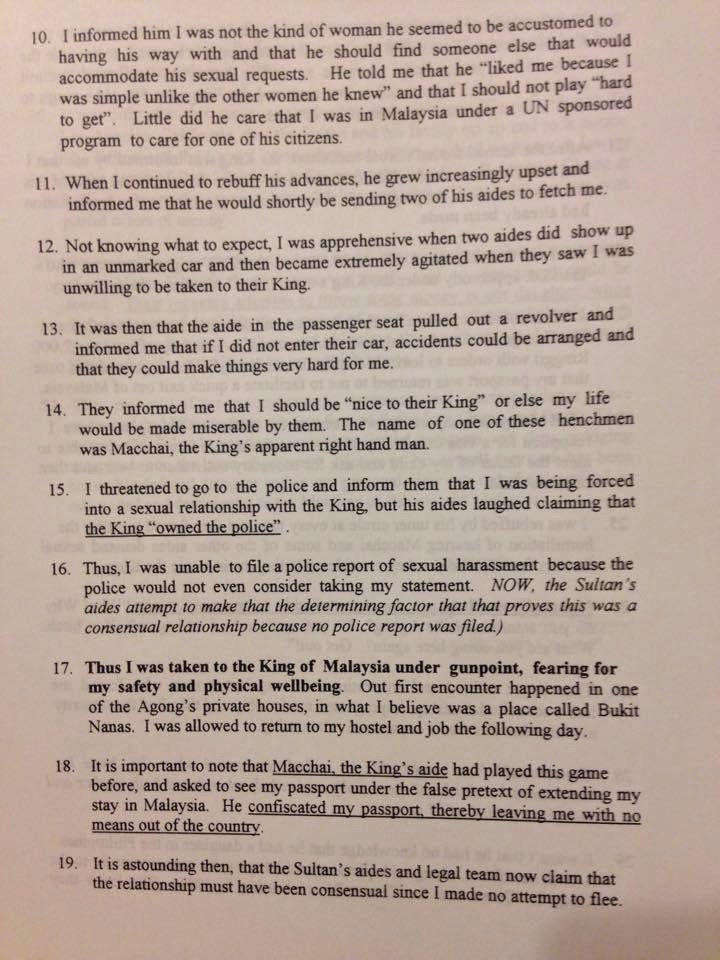