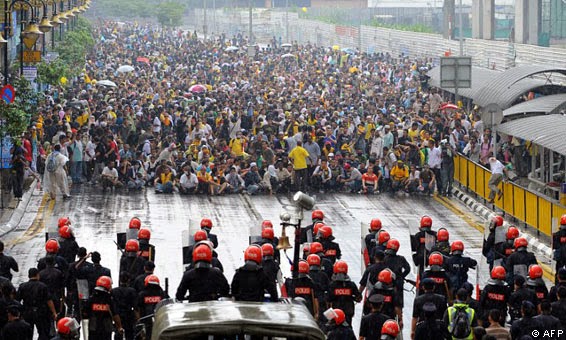 On any given day of the week when you surf the Internet, read the main stream media, listen to the radio, watch television or go cakap cakap with friends and acquaintances you will invariably hear our beloved nation talked about as being the best country to live in the world to being it's worst. There will be those who insists that Malaysia is no longer a moderate Muslim country but many will argue that Malaysians have been, still is and will always be  tolerant of others of different faith. Malaysia is only for the Malays. Malaysia is truly Asian. Malaysia is many things to many people and if you look hard enough it will be what you want Malaysia to be. Truly a veritable array of possibilities that assaults the mind to distraction and dulls the senses of many. What then is the state of our nation today?


All that you see happening to our beloved country, all the positives and all the negatives, all that is right and all that is wrong is the sum of what our political leaders deem necessary to keep Umno in political clover. 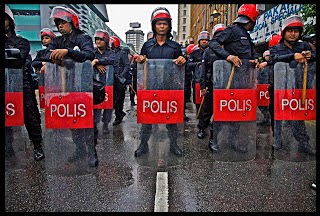 Do you seriously believe that Umno will lose government ever?


Do you see a time when Pakatan Rakyat will make it to Putrajaya and initiate the wholesale prosecution and conviction of corrupt politicians and government servants that have existed during the Barisan Nasional era?


Do you really think that democracy will ultimately prevail in Malaysia?


Do you believe that the Umno led Barisan Nasional will give up government if the result of the 14th GE requires them to do so?

Umno will never win in Penang because there are too many Chinese there.


Kelantan? Time will see it back with Umno.


As for Selangor....hidup segan mati tak mau! The eventual return of Selangor back into the BN fold is a matter of time and is not the mindless dream of those tasked with bringing back Selangor into the Umno fold. PKR have already sealed their fate in Selangor if their recent internal skirmishes over the MB's post is any indication of how it will govern Selangor.


Sabah and Sarawak are both accidents waiting to happen. Why they came into Malaysia can be argued until the cows come home and we will still not have consensus. Now that they have endured being treated as a vassal state under the rule of BN from Putrajaya suffice to for me to say that for Sarawak and Sabah, leaving Malaysia is a matter of when not if  because for they now know that Malaysia as a union of equals is a non event! As to why they are still within that union is a question best asked of its political leaders who have all - without exception - grown "financially obese" from the proceed of this union!

Now add to all this a Machiavellian federal government who are prepared to take the maxim "that the ends justifies the means" as a mantra to ensure their political dominance  - what will you have?

This question can be answered by observing the state of our nation today.

Add to this the all consuming sense of ENTITLEMENT that prevails amongst those that should know better.

That is the state of our nation today!


And nothing exemplify the state of our nation today more that its Prime Minister and his Wife.

A grotesque union of two individuals, both divorced from their previous spouses. Both undeserving of their present status in life. Najib rides on the coat tail of a much respected, decent and honorable father who had knowingly taken the decision to die in the service of his country rather than take care of his terminal illness - and die he did in the service of his nation! Rosmah arrogantly rides on the coat tail of her Prime Minister's husband - riding him hard every which way to satisfy her appetite for a decadent lifestyle unprecedented amongst the wives of Malaysian leaders that have come before her!

Now what of Umno?


What is Umno today but a shadow of what was once the most powerful political force in Malaysia - once the envy of Asia if not the world. Over half a century of uninterrupted political dominance in Malaysia that has seen the coffers of our nation become the proverbial gravy train for UMNO politicians, Barisan Nasional parasites, their families, cronies and hangers on - all pigs with their snout in the trough! 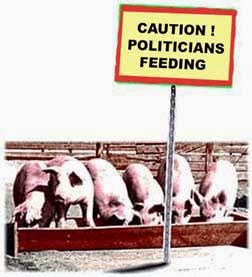 Today UMNO has lost popular support not only across the racial divide but critically amongst the Malays! Umno accepts that it will continue to lose popular support but for Umno the loss of support will be more than counterbalanced by "other" factors!

Their effective control over daily life in Malaysia of all Malaysians through the use of the government decision making process, the use of security forces - Police, the Army etc for maintaining that control. Their control over the Election Commission and their ability to delineate electoral boundaries to favor Umno and their coalition partners in BN.

So my friends be ready for another half a century of Umno rule.

The flight of non-Malays and Malays from the country will continue unabated for the simple reason that there is a better life elsewhere if you care to have it.

Race and religion are the weapons of any government that eschews good governance for the tried and tested practices of many despots and tin pot alley dictators in Africa and the Middle East who bleed their country and their people dry for the short term financial gains of their own political elites. By their deeds this Umno led Barisan Nasional government has unapologetically and unashamedly thrown their lot into that genre.
And corruption is the glue that holds these odious herd of political leaders together. One common thread that every one of them understand. One matalamat that every one of them strives for - to be insanely rich!

Let us not fool ourselves that change is at hand.

Let us not think that the tide has turned because we now have the numbers to effect change through the ballot box.

All that we now have are the beginning of possibilities.

What You or I can do will NOT make any real difference to what Malaysia is today.

It is what You AND I can do that will make the difference.

Togetherness is the key to our strength.  I am one with you  we are two!

I will not be doing work on my blog if nobody read what I write. I write because I see that change is possible - even inevitable if we all are together in wanting this change. Nothing moves a nation more than the belief amongst its people that the time for  an ideal, a desire and a yearning for good, honest and decent leaders has come....and the belief that they are enough of us to do something about it. So I write to try and put this across to those who read what I write.....You AND I together can make a difference.

I know these are abstract notions that merely jars your consciousness over breakfast or when you have the time to click to my blog to give me a few moments of your time. I am a few thousand kilometers away writing this in my living room with not one Malaysian within shouting distance from me - hell I think I can lay claim that there is not one Malaysian within a kilometer or two from me. The last time I talked to a Malaysian was months ago - on a chance encounter with a Malaysian on the tram. And yet I write often about Malaysia and the state of our nation today - no different from many of you who do the same in the safe confines of your "safe" zones, amongst your trusted friends and acquaintances - and we all do it with a belief and a passion that "enough is enough" and we will see change within our lifetime....a decade at most, if not earlier. Dear God let it be earlier.