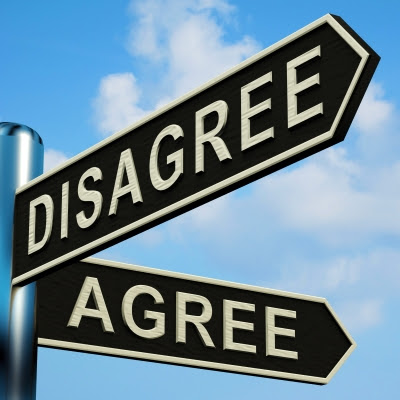 A: Bro, janganlah hentam PM sangat.
B: But this is not just about PM. This is about a crime (or a series of crimes, particularly theft, treason, abuse of power, criminal breach of trust and such). Ini kes curi.
A:  Tapi Dr Mahathir pun curi!
B: Oooops. Bila?
A: Mesti ada (curi) masa dia.
... and she walked away briskly.

'A' was a primary school student when I first met her. She is my best friend's sister. I have very few best friends. ;-)

Now a successful businesswoman with hefty contracts with/from the Government, A is also close to top notch politicians, especially close to the one who is impatiently waiting to be crowned.


I could understand A's leanings and business dealings but I think for her to thoughtlessly say 'Dr Mahathir's pun curi!' is a little too immature, shallow and dangerously naive.
For a business person of her perceived standing, it was such a disappointment. I thought you guys are supposed to be smart and savvy. No?

I think if indeed 'Dr Mahathir pun curi' has some basis, the much feared Fourth Floor Boys wouldn't have waited for Najib Razak to try to send Dr M to jail. You get what I mean? I rest this part of the case here.

Actually the major concern is about this ludicrous nutty-tale that 'Oh! Those in the past stole so it's my turn to steal and plunder now'. You think Malaysians are pre-schoolers waiting for your best of trickery or are you of the opinion that this nation is your father's private limited company?

You say your mentor did this and that when he was the leader. You are saying it now but you must very well know that your mentor was not involved in any personal scandal. Nothing at all. Unlike you.

Some may want to talk about BMF, Perwaja, and other lesser scandals of yesteryear but none of these were personal wrongdoings. In the case of BMF and Perwaja, crimes and wrongdoings were prosecuted and punished. Investigations then were not subject to any arm-twisting of the investigators, prosecutors, Bank Negara or even the Attorney Generals. The Prime Minister did not siphon out money from BMF or Perwaja and put it into his personal bank account.


Similarly, I don't think Tan Sri Musa Hitam, Tan Sri Shahrir Samad, Tengku Razaleigh and a whole lot of other Umno leaders faced any action from the party when they went around the nation vociferously campaigning against the then Umno President and Prime Minister.
Even Datuk Seri Zahid Hamidi was not sacked from Umno despite the fact that he was arrested and briefly detained for investigations under the Internal Security Act for allegedly colluding with Anwar Ibrahim in 1998.

Certainly Shahrir Samad, a man once known for his iron clad principles, would know more about those freedom he enjoyed in Umno and Government then. I hope Shahrir the politician whom I knew as a journalist would return someday, without fear or favour.
He says 'Umno growing more intolerant' . I hope Shahrir has finally listened to his heart. I hope.

Is Umno just intolerant internally, where even the Deputy President is not spared for speaking the truth?

Tan Sri Muhyiddin Yassin's unceremonious removal is in fact a tight slap smack across the face for Umno but it seems a huge majority of Umno leaders and members are completely ignorant. Even the blind could sense this insult but Umno remains numb.

The Deputy President was not even campaigning for the Umno president's post when he highlighted those grave mistakes that formed the root cause of people's eroding trust and confidence in the administration.

Is speaking up for the people no longer provided for in Umno, BN or the Government?