Leadership abhors a vacuum! None more so than in Malaysia! 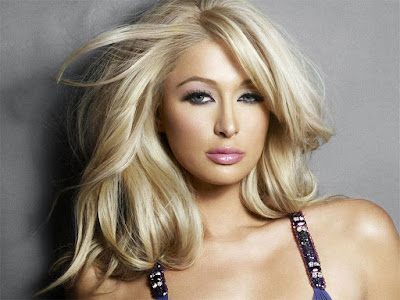 When I think of Najib & Rosmah I  think of Paris Hilton. She is a very pretty girl...there are many guys out there who wants to know Paris Hilton ...well they really want to get into her pants! What decent and rational man would want Paris Hilton for a wife?

Once Paris Hilton loses her beauty she will have the rest of her life to reflect of what might have been for her if she had use more of her brains than her beauty to get through life....but for now while she still has her beauty....she still has "value".

The same with Najib and Rosmah but not because they are pretty or good looking people! 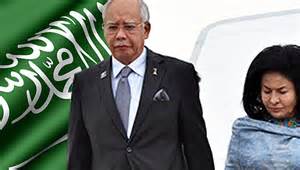 Today they are at the apex of power in Malaysia. People are clamouring to get to know them and be "close" to them. Where ever they go police outriders and the UTK escort them. People want to kiss their hands and worship the ground they walk upon.........but who wants them as friends?

Who wants to invite Najib or Rosmah into their own homes, to family gatherings and count them as friends that you can trust and depend upon to watch your back in times of needs?

They want Najib and Rosmah for what they can get out of them. There is not an ounce of decency or humility in these two...and no decent rational human being have any respect for the manner these two conduct themselves in their private and public life.

And it is not even their money!

It is our money that they are using  - the extravagant lifestyle of jetting from one place to another, overseas junket at our expense and the enriching of family and cronies from the proceeds of the various contracts and projects at their disposal to award....all done with our money!

The same goes for Umno! Today you join Umno, you are in Umno and you support Umno because of what you can get from Umno....and while political power have been in Umno's hand for over five decades, that is but a drop in the ocean when you consider eternity. Many will look back at these times and reflect upon how Umno could have done better in it's duty to the Malays, to all Malaysians and to our nation and did not do so!

From afar, far far from the maddening crowds that seems transfixed and unable to extricate itself from the odious mix or power, politics and money - and not necessarily in that order - I watch and see the degradation of a once powerful political entity that once represented not only the Malays but also so many many other Malaysians, fall upon its own sword as hubris overcomes all the other sentiments that once had Umno at the apex of all things Malaysians.

Make no mistake my friends...what we see happening today in our nation has befelled nations far greater than ours. It has caused the failure of political entities with a pedigree that is by far more illustrious than that of Umno and have certainly caused the downfall of leaders more renowned and more redoubtable than those that we have today within Umno.

But  the lessons of history seems lost upon those who who now hold our nation, our people and our future to ransom by their inability to see further than their own vested interest in their pursuit of holding on to power sans any other concerns but their own.

In all this none have been as bold as Najib Razak, for he, more than others, certainly have the most to lose. Not only political power and enormous wealth is at stake but more worrying for him and those complicit in his odious schemes, prison certainly will beckon should political power be lost! 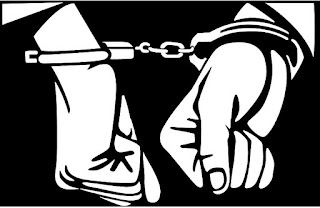 Today Malaysia is a nation bereft of genuine leadership whether in government or in the opposition. Yes there are pretenders to the throne a plenty but none will pass muster should the people be called upon to have their say on the matter.

The opposition are in disarray without Anwar Ibrahim for only Anwar Ibrahim with Allahyarham Tok Guru Nik Aziz, the late and great Karpal Singh and the wily old Lim Kit Siang, all working unselfishlly in tandem with each other, provided that leadership that held Pakatan Rakyat together.

Together they took the popular mandate from Barisan Nasional in the last general election.

With two of them now gone from our midst and Anwar Ibrahim incarcerated in Sungai Buloh, many little Napoleons Pretenders have climbed out of their little rat holes to try and claim what they can for themselves. What was once Pakatan Rakyat - a real contender for political power in Putrajaya -  have been fractured and now becomes a coalition that feeds on race, religion and the vested interests of these little Napoleons. Today Pakatan Rakyat is no more.

As for Barisan Nasional......it can no longer scale the heights it once attained under the leadership of Tunku, Tun Razak, Tun Hussein and Tun Mahathir. For like Pakatan Rakyat, with the going of genuine leadership, here too little Napoleons are now leaders by default. And there is no bigger Little Napoleon than Najib Razak!

The state of our nation today is a reflection of the lack of genuine leadership within the government and the opposition. Leadership abhors a vacuum and until decent and genuine leaders once again emerge, our nation and our people will continue to suffer the wiles and guiles of these little Napoleons.

God help us all!