In Bolehland there are fools, morons, imbeciles, village idiots...and then there is Salleh! 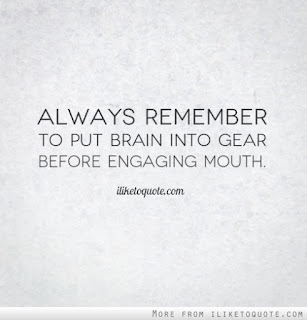 By Frank Gardner BBC News
The Malaysia's attorney general cleared Mr Najib of allegations of corruption on Tuesday after ruling that the money was a donation from the Saudi royal family.

The Saudi source said the donation was made amid concern in Riyadh about the influence of the Muslim Brotherhood.

At the time, Malaysia's opposition alliance included the Pan-Malaysian Islamic Party (PAS). Its founders were inspired by the Brotherhood, although there is little evidence the Brotherhood actually has much support in Malaysia.

Mr Najib's coalition went on to win the election, but with one of its poorest showings in more than 50 years in power.

The secretive donation to Mr Najib was allegedly paid over in several wire transfers between late March 2013 and early April 2013, just ahead of the election on 5 May.


The purpose of the donation was simple, said the Saudi source - it was to help Mr Najib and his coalition win the election, employing a strategic communications team with international experience, focusing on the province of Sarawak, and funding social programmes through party campaigning.

steadyaku47 comment :  Stupidity reigns in Bolehland.....and none is more deserving of being one of the source of these truths than this Salleh!
Posted by STEADYAKU47 at Saturday, November 26, 2016