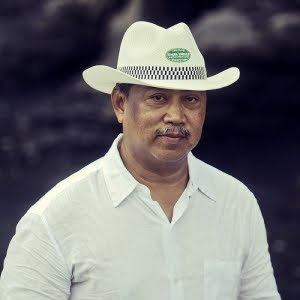 UMNO is a Party disunited by defeat. Uneasy sits the crown on Najib’s head because he knows that Muhyiddin is not only a possible leadership alternative but Muhyiddin is the Man Who would be King.

How long will Muhyiddin wait?

Unlike previous Deputy Prime Ministers who were appointed by the Prime Minsters and thus owe an allegiance of sorts to the man who put him there – we know that Najib did not choose Muhyiddin as his Deputy.

Muhyiddin appointed himself to the number two position.And wisely he sees leading UMNO and Barisan in the present political climate as too big a challenge for him to take on. And so he waits.

There has been a realignment of loyalties and factionalism within UMNO as the rank and file ‘allow’ themself to be converted to either the Najib or Muyiddin camps. The fact that there are two strong leadership contenders within UMNO should be indicative of a healthy check and balances situation much sought in the pursuit of good governance in any organization – but not so UMNO.

The Politics of greed and nepotism requires patronage and loyalty to be bought not earned. The catch phrase for any UMNO gatherings of any number of more then one is “ADA PROJEK?”

It requires a sharing of the spoils of politics at all levels from Cawangan to National level and that would be hard to do when resources are limited and Pakatan Rakyat are looking over your shoulder at everything that you do. In a perverse way, this need could prove the undoing of UMNO as the Nation moves towards the next GE on a wave of accountability, responsibility and transparency in all things Malaysian – especially Politics and Government.

The fact that UMNO now sees a need to allow two contenders for its Presidency shows, to those familiar with UMNO’s history, how desperate UMNO has become. Just as Pak Lah’s demise was decided at the last General election when Barisan lost four States to the Opposition, so was Najib’s fate sealed with the exposure of Razak’s Baginda’s RM500 million commission and the murder of Altantuya Shaariibuu.

So why is he still there?

Again let us look at UMNO’s past. The transfer of power from Tunku to Tun Razak was over a period of time. That of Mahathir to Pak Lah also done over time. UMNO makes haste slowly. Even as we talk the ‘sahabats' of Najib are already in discussions with the ‘sahabats’ of Muhyiddin to prepare for what is to come in the near future. Najib’s may come and Najib’s may go but they need still need to live.

Najib does not need to make a major mistake to lose his leadership of UMNO. He has already made the major mistakes! In fact he has made many major mistakes – Perak, MACC, his tenure in Mindef is filled with too many dubious tender awarded to cronies – Muhyiddin already has his work all cut up for him - he is giving Najib enough rope and Najib is obliging by hanging himself with it.

Will UMNO’s MP and its and rank & file come to their senses, submerge their differences and back only Najib? The longer that Muhyiddin remains as Deputy Prime Minister the less chance there is of that happening. And the longer this UMNO disunity continues, the harder it is for Najib to climb back on to the pedestal that Pak Lah and then Mahathir put him on.

Muhyiddin has shown has strengthen his claim to the throne by his ability to organized and lead in the recent Manik Urai by-election where PAS won with a majority of just 65 votes down from a majority of 1,352 in the 2008 general and state elections. Again the irony of it all. A win for Najib engineered by Muhyiddin is also another nail in Najib’s coffin.

Muhyiddin is also protected, for the time being, by the lack of an obvious leadership alternative within UMNO – Hishamuddin, cousin to the incumbent, will need time to be of any consequence in this race. So for the time being, Muhyiddin displays no interest in taking over from Najib now  - at least on this side of the next General Election.

So for UMNO the die is cast - events have passed a point of no return. Najib is Prime Minisiter for now. Muhyiddin will take the mantle when he thinks fit.

Pakatan Rakyat, by contrast, is a coalition united by victory achieved in the last General Election. The people are worried about the economic down turn. Their jobs. What will the future hold for them and their families? They do not want the excitement of an Anwar versus Ghaffar Baba, A Pak Lah versus Mahathir situation. They want caution, stability and predictability in the leadership of Pakatan Rakyat. Do not let them down.

(with thanks to Din Merican for Muhyiddin's image)
Posted by STEADYAKU47 at Monday, August 17, 2009