My heart bleeds and I cry for my country!

What is happening to my beloved country? Sometimes I cry thinking when would I be able to go back to live once again  where my parents are now buried…so that I can visit them when my heart yearns to think of the times long past when life was good. When those I love were still around me. When my parents were alive and well. 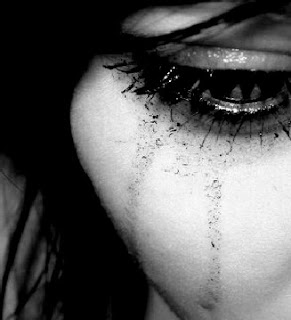 All that is past. And not only are my parents gone forever from my life but also the country I once loved and lived in is no more! There is no more the innocence of a life lived without worrying about having to pay bribes to corrupt policemen. No more innocence of a life where politicians are people we respect and look up to. No more innocence of practicing a religion you love the way you want to. Today religion and politics are one. And you are loath to go to the Masjid because you will be lectured about anything else but religion. And all you hear about JAIS are the raids they conduct on house of ill reputes and breaking into rooms where people are best left alone to their own devices. What people do in the privacy of their rooms are really nobody’s business but their own. It is not the business of the Sultan, not the State Mufti and certainly not that of JAIS! And if the government wants to make it their business then they themselves better be more pure then the whitest of snow – which they are not!

My heart is heavy with a sadness that prevails over me as I think of a life long gone by. A life when the non Malays are nothing more then our neighbors, our friends and people with the same rights as we Malays had – and they were never ever our enemies! Never ever were these non Malays a threat to our livelihood. Not to our way of life and never to our religion. It would seem today that they are all of that and much more! These non  Malays, if this UMNO people are to be believed, now wants to take OUR COUNTRY (that is what these UMNO people say Malaysia is !) from the Malays.

When did this begin to happened I wonder? When did the non Malays got the idea into their head that they want to take this Malaysia from the Malays when it was all along OUR country? I never remembered ever having told any one that Malaysia is MY country! I never remembered having told anyone that Malaysia is only for the Malays and no one else was welcomed! So when did these non Malays started getting the idea that they were no longer welcomed here and when did they start to leave this country to live elsewhere?

Maybe at about the same time as I got the idea about leaving  because I did not want my children to grow up in a country where they will have a less that better chance to live a decent and respectable live. Where despite being born of a Malay father they will still not have the life I aspire for them to live – where who your parents are, race and religion will have no bearing on their future. Is that not what any right thinking human being would wish of their loved ones?

And so I made the decision to leave. As so did many others. I came to Australia and from day one I was welcomed and taken to be one with anyone else that calls Australia home. I have lived here for over 25 years. 25 years during which I have missed my emak and bapak – long departed but still within my heart and thoughts everyday.

I missed many things Malaysians but I have grown to love Australia as I am sure many others that choose to live outside Malaysia have grown to love the country they choose to live in. You must understand that even those who live in the slums of Manila and Jakarta still love their country. Even the poor of India and Bangladesh still have love for their country of birth. And so do we all that have left Malaysia still loves Malaysia with all our heart and soul!

That we chose to leave Malaysia is Malaysia’s loss because any of us that chose to leave do so because we are confident that we can take care of ourselves in the country we chose. You must understand that those who left Malaysia are not like the immigrants who flee their country of birth because it was that or death. Those of us who left Malaysia have a choice – and sadly the choice for us was not Malaysia. We chose to leave and with our leaving we took our family and what material things we might have and most important we took ourselves away from Malaysia. And the loss is Malaysia's.

Do not think that we have allowed a single day to pass by without thinking about what we have left behind! Not only have we left our loved ones, our friends and lifestyle…but more critical, we left behind the only country we have known since birth - a country we once call home. If only our government could understand that it does not take much to ask us to stay…treating us all with decency and respect would help!

How I wish that things are different. But even as I read today's paper I know that nothing has changed.

I read about Adil Adam being suspended from his studies. As always it is UMNO pushing the little guy around because they can. FELDA being used for the benefit not of the settlers but UMNO and their cronies. Dear GOD Tun Razak must be crying in his grave knowing that Isa Samad is Felda’s chairman! Najib disrespected his father’s memory when he appointed this convict to the chairman’s post.

Every way of making money from government controlled ‘businerss opportunites’ have been exploited to its maximum! Everyone of them! There is nothing left for the Rakyat. Nothing but debts and future liabilities.

Dear GOD who else can we turn to to get some respite from the sufferings that this country is now going through? Because when the country suffers the people suffers. And when the people suffers what else is left? Only what these politicians can still take for themselves!

I watch with sadness at the arrogance of these UMNO politicians swaggering around picking what riches they can from wherever they can do so. And they do so as if was their right to do so. And there is nobody to stop them from doing so!

And when we tell them to stop they turn around on us and tell us that what they are doing is for the good of this country!

They have given RM$250 million to NFC so that Malaysia will  not have to depend on others for their beef!

They have spend billions on PKFZ because our country have need for these infrastructure!

They spend billions on Defence spending because our country needs to be defended against enemies and our national security must not be threatened.

All those august institution that has never been questioned as to their credibility in business circles are now but a shadow of themselves. So many of these august institution have been used to gratify the greed and vested interest of these UMNO politicians, their families and their cronies!

And so many more.

When will all this stop? No country how ever rich can withstand these kind of onslaught on its resources and wealth. And our country is now almost at its life end. And its life will end if we do not end UMNO’s life at the 13th General Election.