I really could not believe this but you can read it yourself here.
See more at: http://www.themalaysianinsider.com/malaysia/article/odd-job-worker-arrested-for-allegedly-insulting-najib#sthash.Ym8rGVxl.dpuf

My comments :  This is getting a bit too out of hand. Arresting street protesters who make fun of the PM's photo?

Two things I would like to say. During the time of the evil and cruel dictator Dr Mahathir bin Mohamed, numerous accusations were hurled against him. They called him Mahafiraun, they drew ugly pictures and cartoons about Dr Mahathir.

One psycho even wrote a book called 'Shit' and said all sorts of dirty things aimed at Dr Mahathir.  And this was when Dr Mahathir was still the PM.

Yet no one was arrested.  The book "Shit" was not even banned. Instead the monkeys  declared that 'tuhan also mencarut" just to legitimise  the "Shit" book as 'halal'.

Under 22 years of cruel dictatorship not one person was arrested or had their book banned for "insulting the dictator Dr Mahathir".

My favorite (it was sometimes funny, though still stupid) were those cartoons of Dr Mahathir with crooked nose and pointy sharp fingers that were the regular staple of the pro Opposition Aliran Monthly magazine which I used to read at that time.

And one Pas fellow called Zunar made a career out of making insulting cartoons about Dr Mahathir. Yet he was not arrested for insulting Dr Mahathir at all. Folks here is another of Zunar's cartoons you can find on the Net : 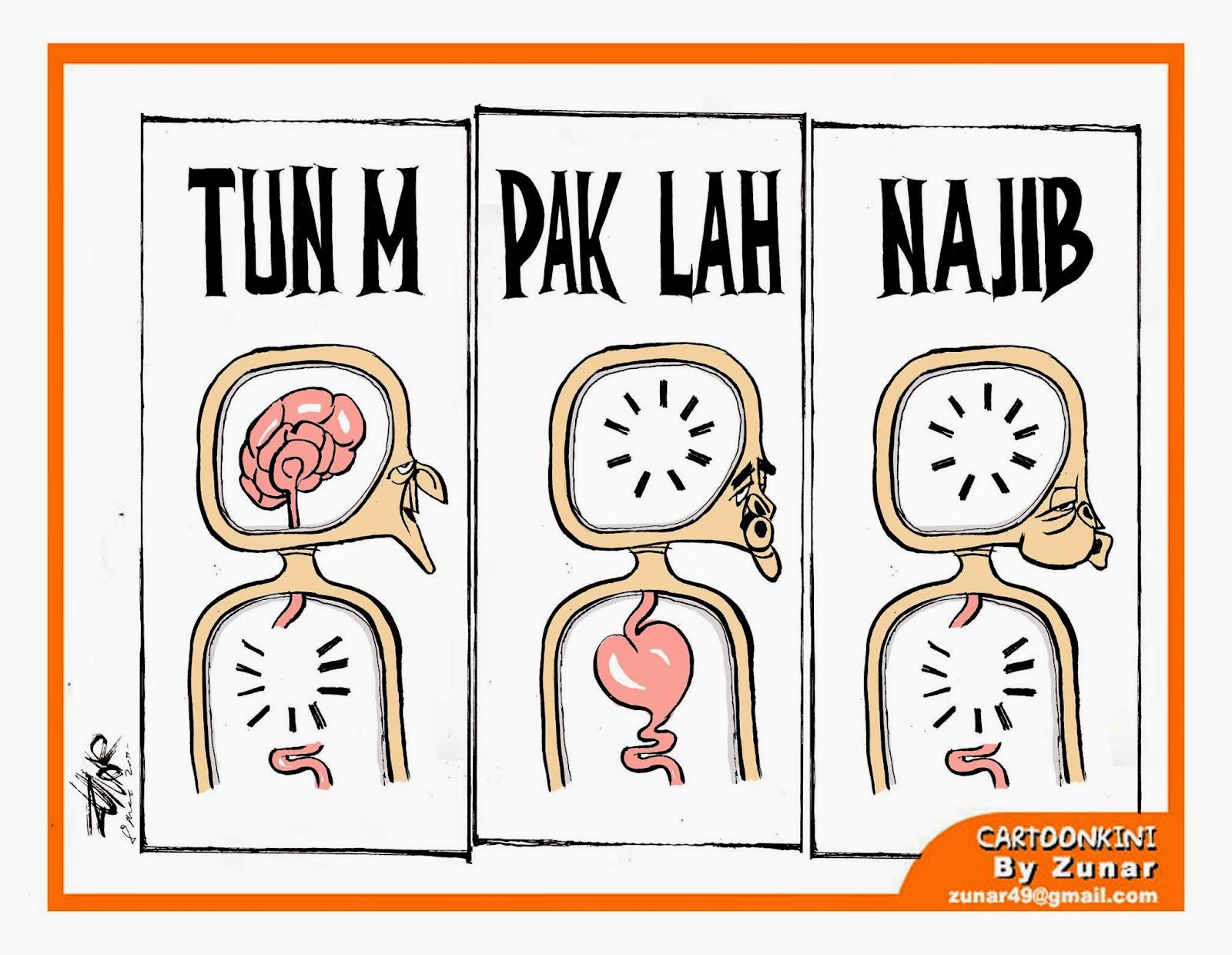 So how come Zunar never got arrested?  And how about these guys here? How come they were not arrested ? 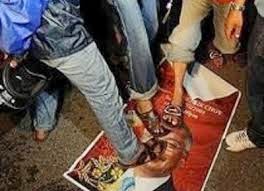 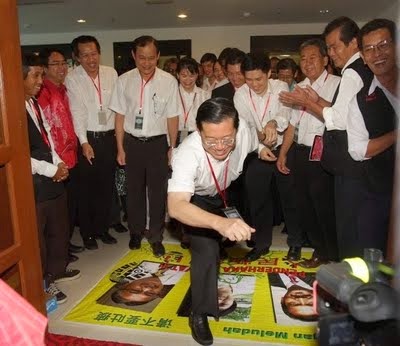 Ok folks here is another theory.  This one comes from the same source for that story about the UMNO Ketua Bahagian who did not attend that meeting with Najib. (Blogger UMNO sila ambil perhatian ok.) The source is a sitting Member of Parliament. Very senior.

Do you think the PM is aware that this unemployed guy by the name of Krishnan has been arrested for hitting a poster of him with a slipper? I dont think so. The man is clueless.

Dont you think that arresting a 58 year old Indian odd job worker (aka unemployed fellow) for insulting the PM is more embarrassing and damaging to the PM?  It is certainly not helping the PM's image in anyway.