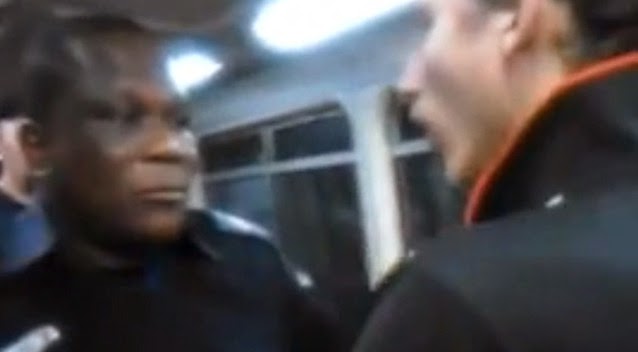 Two teenagers are due to face court today over a racist rant on a Brisbane train that's been condemned by the prime minister as "deplorable".
A five minute video of the incident began circulating on social media over the weekend, showing a young man abusing a Queensland Rail security guard with racially-charged insults and other offensive language.
"I absolutely deplore it," Prime Minister Tony Abbott told reporters in Brisbane on Sunday.
Mr Abbott said he had been briefed about the incident, which he labelled as "un-Australian", by Queensland Premier Campbell Newman.
"Just as I think it's un-Australian to defend death cults, I think it's un-Australian to abuse people in a public place just because you don't like the way they look, or you don't like the way they dress, or you make assumptions about what they believe."
Mr Newman said the "disgusting" incident appears to have taken place up to ten days ago.
The video shows the man unleashing a tirade of abuse against the guard after being told to keep his feet off the seat.
Mr Newman had spoken to the guard involved.
"I thought he showed admirable restraint," Mr Newman said.
"I think he, from what I could see, responded very professionally in what was a very difficult situation."
Queensland Rail (QR) has also congratulated the employee.
"We are disgusted at the anti-social behaviour of this passenger towards one of our contracted security guards," QR said in a statement.
"We strive to provide a safe workplace for our people and to see this occur is appalling."
Posted by STEADYAKU47 at Monday, October 13, 2014