The Malays. My People, My Race. 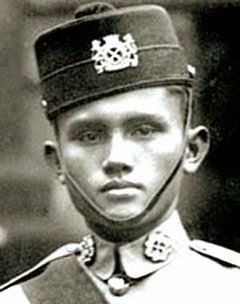 There are Malays today who are at ease with their identity, their place in society with thier life and understand that what, who and whom they have become are the sum of the experiences and the choices they make in their life. They are not defined by the circumstances of their birth but shaped by the manner of their upbringing and how they seize the opportunities that comes with education and self awareness as age and the ability to think comes to them. I will not be so bold as to put myself in the company of those Malays who have triumphed in spite of the circumstance and negativity that surrounds them for I have chosen to live away from my country of birth for too long a time. What I have become are the sum of my travels and what I have learned and choose to do outside Malaysia - though my life and upbringing in Malaysia contributed in making me what I am today.

But it is those Malays who chose to live, work and survive triumphantly in Malaysia  in spite of the odds and the "assist" of Umno through their "Ketuanan Melayu" policies that must now stand up and be counted. For in them lies the future of the Malays in Malaysia and more importantly the success or failure of what all Malaysian aspire too - a decent, safe, secure and successful future for generations of Malaysians to come.

Then there are the Malays who think that entiltlements and privileges accorded by birth , family and who they know are all rights conferred upon them by birth, race and religion. That "Ketuanan Melayu" is theirs from cradle to grave. That political dominance is an opportunity for personal gains that these Malays take for themselves and their families. These Malays though few in numbers are the Malays that we Malays and Malaysian everywhere must fear and loathe for in them are vested the ability to ruin and wreck asunder the future of our children and our nation.


Rightly or wrongly the Malays by and large are taken at face value by their peers and by Malaysians. For Malaysians if a Malay succeed in life it must be because they are Malays and for the Malays if one of them succeeds in life it must be because of Umno. While there may be some truth in that equation there is also truth in the reality that few Malays are today what they were a decade ago. Many Malays no longer owe alligience or loyalty towards Umno for to them alligience and loyalty needs to be deserved and earned.


I resent that even as late as a few days ago I received this comment by a Malays who read what I write:


"Upon reaching 70 you decide not not to associate yourself with Umno or BN 's govt anymore. Not even for another day you wrote.Well I don't exactly know whether before this you needed Um no and BN's govt to secure your successful life.


My reply was that 40 years after leaving Malaysia to live abroad you still tell me that I have to be thankful to Umno for being whatever and whoever I am today? Why do we not make Umno responsible for what the Malays have become to day? By the words of Umno's past president Mahathir Mohammad:
"The Malays are lazy, they are not interested in studying and revising. If we go to the universities, 70 per cent of the students are women, where are the men?” .....They prefer to become Mat Rempit (Malay motorcycle gang members), that is why I said they are lazy. Malays think nothing of taking money that is not theirs. I have seen it with my own eyes. They also struggle to manage their finances well or with any degree of honesty..... If you take something that does not belong to you, what you are doing in essence, is stealing".
I want to ask Mahathir and Umno who have made the Malays lazy, taught them to steal and be dishonest?

If not Umno and you, who then?

These debates will no doubt endure for more time that we care to give them because Umno politics thrive on the negativity that these debates casts in the minds of many Malays as they continue to think that their survival as a race and as individuals do depend on Umno holding on to political power.

Let us not dwell on these negativity for too long for as I have said before...their numbers are few though their voices are strident in their insistence to be heard over the silent majority.

Let me tell you what most of you already know.

In most part of the civilized and democratic world the individual - not race, not religion not politics -  rule. Today in Australia I and many others care not if the Prime Minister is a Jew, a Chinese or a white Australian.  What we do care about is that the Prime Minister of Australia must be a Prime Minister for all Australians. The government of Australia must govern for all Australians and they must govern responsibly and be answerable to all Australian for the things they do while in government. For the privilage of holding public office they will serve for the good of Australia, Australians and all those that chose to make Australia their home...and that includes me. Our race, religion and political leanings may differ but together we strive to make Australia a better place to live, work and when the time comes...to die in. The Australians leave the business of government to their politicians and the politicians leave the business of life choices to the individuals. This works because by and large we have politicians and Australians who are mindful of their responsibility to each other - and that translates into making Australia a great place to live in.

If I can find all that in Malaysia then there will be no reason for me to live elsewhere. No reason for me to leave a country I was born in, a country for whom my wife and children have much affection for, a country where my parents are buried in and certainly a country that I and many others are reluctant to give up on. But the truth is simply this - life is hard anywhere you chose to live it in - why make it harder by having to face the discrimination that race, religion and political affliliations burdens us with?

But if, for any reasons, you need race, religion and political affiliations in your life, then stay in Malaysia. Stay where Ketuanan Melayu gives you that "assist" in life. Stay where your religion gives you what you perceived is a spiritual and real advantage over those who are otherwise inclined and stay where politics dictates all facets of your life from cradle to grave. Stay in Malaysia but do not begrudge others of their right to chose where to live their lives in and we in turn will not begrudge you for your choice to live in Malaysia.
Posted by STEADYAKU47 at Friday, October 31, 2014