These are the two : 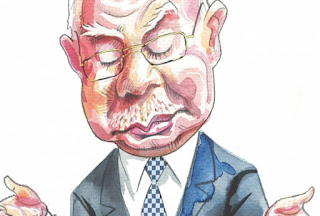 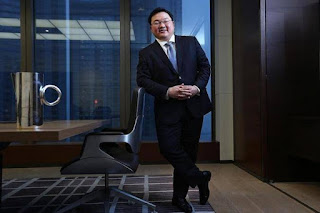 One is a self proclaimed Bugis Warrior hiding behind the skirts of Flom the Flop and the other a ÇinaKoi whose financial exploits have already consigned Pak Man Telor to the ranks of the amateurs.

Now who kelentong who? 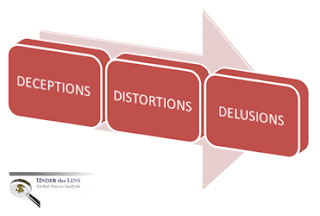 The jury is still out on that.

On that jury sits a number of foreign governments let by the US Federal Grand Jury.

Also on that jury is the Najib appointed Malaysia AG, that cari makan Chairman of PAC and that Twit of an IGP who is salivating at the prospect of him being able to clear Najib Razak of any wrongdoing in 1MDB, that Donation scam or whatever else Najib wants to do.


So far that Cinakoi is far ahead of Najib in terms of personal gains. 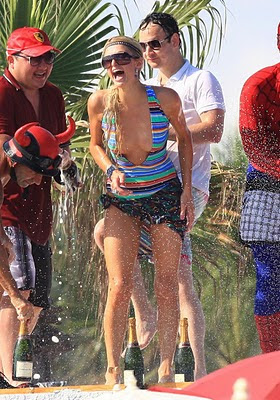 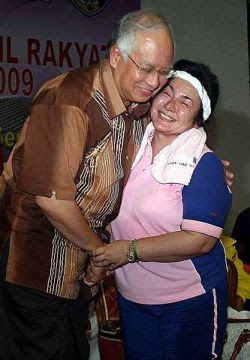 How about enjoying the humongous financial windfalls Najib and Jho Low has scammed their way?

Jho Low has collected a staggering amount of luxury real estate and famous artwork. He spent $30.55 million for an apartment in the Time Warner Center, as well as $23.98 million for a condo at the Park Laurel. He boiught Monets, Basquiats, Rothkos. He is widely thought to be the person who bought Picasso's "Women of Algiers" last May for $141 million at auction -the most expensive painiting ever purchased. He made the ARTnews list of the world's 200 top private collectors.

Najib Razak cannot even have a decent steak dinner in peace. And his wife cannot treat herself to a decent Hair job and beautiful clothes without landing herself in "hot water".

www.freemalaysiatoday.com/.../restaurant-dismisses-talk-of-rm19000-na...
Jan 24, 2016 - PETALING JAYA: A steak-house owner has condemned as "political ... that the Prime Minister Najib Razak, had been served a dinner costing more than ... of Matsusaka Wagyu beef costing RM19,284 to Najib at Seri Perdana, ...

https://asiancorrespondent.com/2015/02/malaysia-rosmah-mansor/
Feb 24, 2015 - “We have to make beautiful clothes to attend functions, but the prices ... So says Rosmah Mansor, the free-spending wife of Malaysian Prime ...