1MDB, has failed to make a $1.1 billion payment as part of a debt-restructuring agreement with International Petroleum Investment Company (IPIC). 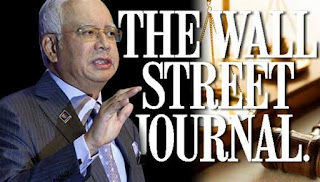 DUBAI — A sovereign-wealth fund from Abu Dhabi on Monday said that the Malaysian state development fund 1Malaysia Development Bhd., known as 1MDB, has failed to make a $1.1 billion payment as part of a debt-restructuring agreement and that as a result an existing debt deal between the two entities has been terminated.

The announcement, made in a filing on the London Stock Exchange, marks a deterioration in relations between the two funds. The Abu Dhabi fund, International Petroleum Investment Company, four years ago guaranteed $3.5 billion of 1MDB’s bonds. As the Malaysian fund’s financial woes deepened, IPIC agreed to grant an emergency billion-dollar loan and pledged to continue making interest payments on the same bonds in return for Malaysia-owned assets.

IPIC said in the filing it honored all of its obligations but that 1MDB and Malaysia’s ministry of finance failed to make certain payments, including the amount of $1.1 billion.

“As a result, 1MDB and MOF (Malaysia’s ministry of finance) are in default pursuant to the terms of the binding term sheet and IPIC’s and Aabar’s obligations under the binding term sheet have terminated,” it said. Aabar Investments PJS is a subsidiary of IPIC.
A spokesman for IPIC wasn’t immediately available to comment. Attempts to reach 1MDB weren’t immediately successful.

IPIC was set to make a $50 million interest payment on Monday on a 1MDB bond, but has informally told the Malaysian fund it will no longer do so, according to a memo sent by 1MDB last week to Malaysia’s finance ministry, a copy of which was reviewed by The Wall Street Journal.

Arul says 1MDB has not defaulted on its loan repayments

Strategic development company 1MDB has not defaulted on its loan repayments and is fully committed to its obligation to repay its debts of RM42 billion.
The move would give more breathing space for the company to effectively implement its rationalisation plan, said president and group executive director Arul Kanda.
“We have consistently met both our interest and principal debt repayments on time,” he said.
“In the course of 2015, we have repaid the principal and serviced the interest,” he told reporters after a recording a special programme entitled ‘Bernama TV with Arul Kanda’ to be aired tomorrow at 10pm on Astro 502, HyppTV 410 and www.bernama.com.
“Obviously, we have interest to pay as and when it’s due,” he said.
1MDB’s fully disclosed audited and publicly available accounts from March 31, 2010 to March 31, 2014 showed that its total debts stood at RM42 billion.