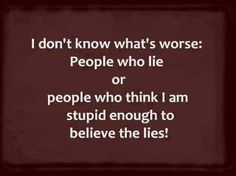 steadyaku47 comment : Twist and turns, spin and spin, confirmations of "facts" and denials of conjectures, this week it was this and next week it was that, then it was "I was misquoted" and next "It was taken out of context"..........but with each passing day Najib knows that he is at the end of his political life. 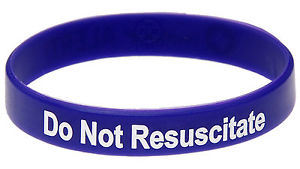 The above "End of Life" braclet has already been attached to his wrist and only the ends awaits.

Still he lies. Still he schemes and plots to find a way out of his impending end.

What is Najib's latest caper?

Somehow he has managed to get the Saudi Arabia Foreign Minister to retract a statement the Minister made on the 6th  February 2016 when this is what he had to say about the billions of ringgit donated into Najib's personal bank account :

"It is a private Saudi citizen, I believe, and the funds went to an investment in Malaysia.

“It is a genuine donation with nothing expected in return".

Will some one asked the Saudi Foreign Minister which one of his two statement below are we expected to believe?

Saudi minister believes funds given to Najib were investment, not donation

PETALING JAYA: A Saudi Arabia minister believed that the funds that went to Prime Minister Datuk Seri Najib Tun Razak's personal account was an investment rather than a political donation.
Foreign Minister Adel al-Jubeir (pic) said this although he accepted the Attorney-General's opinion that there had been no wrongdoing, he also said that he did not think the money had come from the Saudi government or that it was a political donation.
"It is a private Saudi citizen, I believe, and the funds went to an investment in Malaysia," he said in an interview with the New York Times on Thursday.

Saudi's Foreign Minister admits donation to Najib came from Saudi Arabia
ISTANBUL: Saudi's Foreign Minister Adel Al-Jubeir today admitted that the donation to Malaysian Prime Minister Datuk Seri Najib Razak was indeed from Saudi Arabia.
Saudi Arabia said on Thursday that $681m (£479m) transferred into Malaysian Prime Minister Najib Razak’s personal bank account was a “genuine donation”.
Najib faced corruption allegations after the transfer was discovered last year. Fighting for his political life, the premier was cleared in January by the Malaysian attorney general, who said the cash was a gift from the royal family in Saudi Arabia.
Asked at the summit of the Organisation of Islamic Cooperation in Istanbul if he was aware of the details of the political donation, Saudi foreign minister Adel al-Jubeir said: “It is a genuine donation with nothing expected in return.
Posted by STEADYAKU47 at Friday, April 15, 2016