*Edit at 9.52pm: Deputy Prime Minister Teo Chee Hean had announced over the PA system at ITE that PM Lee is taking a rest at the moment and would like to complete the NDR speech*

The National Day Rally 2016 appears to have been suspended for now.
Audience members at the ITE College Central looked on in shock just moments earlier when Prime Minister Lee Hsien Loong stopped his speech that he was delivering as he appeared unwell and stumbled.
Audience members, including Cabinet ministers and PM Lee’s wife rushed to the stage to assist the prime minister.
Twitter was sent into a frenzy as viewers watching the events unfold tried to make sense of what was happening:


The NDR was being broadcast live but transmission has been delayed for 30 minutes.
PM Lee’s Facebook page uploaded the following statement:
“PMO Statement: PM Lee took ill while speaking at National Day Rally. The medical team is attending to him right now. They assess that his condition is not serious. PMO will update in due course.”
PM Lee was photographed moments after he stumble 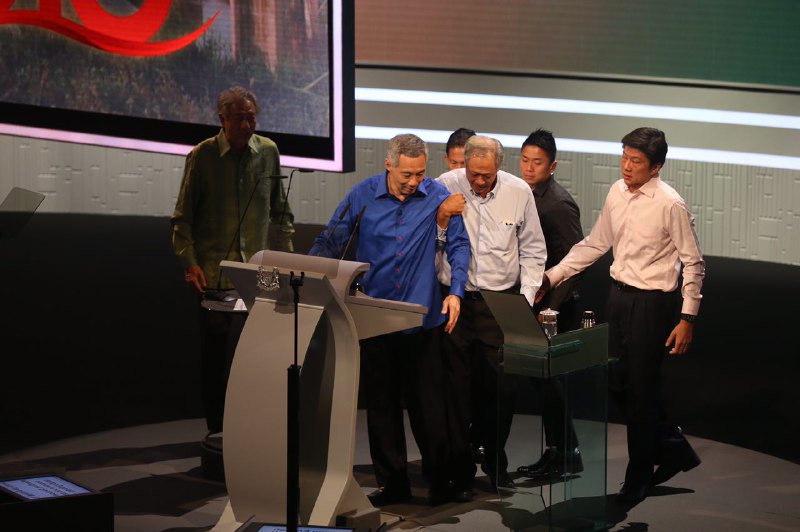