Wisdom, Vision, Courage and Hindsight...or the lack of it!

Leaders must have wisdom and vision. They must also have courage. They need wisdom, vision and courage when they make a considered response to situations that required for them to act appropriately and immediately to changing circumstances and to present credible alternatives for people to consider. They cannot live in hubris.

Given the many questionable decisions made by Barisan Nasional leaders wisdom and vision can indeed be said to be in short supply amongst them. How else would you explain Barisan Nasional members agreeing to have Samy Velu, Chuah Soi Lek and Najib Razak to lead them? Is it not to be expected that if these leaders have failed themselves on a personal level – then failing the party and the nation would be a matter of when rather then if? As for courage I have yet to see any Barisan Nasional leader meet a personal challenge with dignity or a quiet determination to overcome their adverse situation successfully. Making pronouncements about “fighting for the truth” or leaving “no stones unturned” in their search for the truth are just that – empty words without an ounce of truth or commitment to follow through on what has been promised.

So imagine if you will, what happens to our country when we now have leaders who not only lack wisdom, vision and courage to make the right decision but also are without the benefit of hindsight when making these decision! 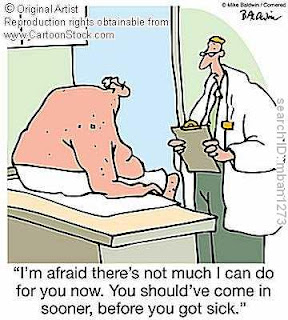 Hindsight: the ability to understand, after something has happened, what should have been done or what caused the event.

With hindsight Mahathir would certainly done many things differently. The RM1 Billion bailout of his son’s shipping business is one and his treatment of Anwar Ibrahim are things that comes to my mind immediately. But that is history and it is history whose final chapters are still to be written!

What is more worrying is the lack of hindsight of Barisan Nasional present leaders. For Najib about the only thing he has done that I agreed might have been good for his image is the request he made to the people of Malaysia to assist him in naming his cat! And even then there was this bright spark that suggested that he named the cat Pussy Two because he already had Pussy One in the house! But I digress….

With hindsight Najib would have left Perak well alone. His turun padang had immediate short-term success but forever tainted him as being on the same level as those frogs he was pictured standing with. If he could only have the hindsight to understand the disgust the Malaysian people felt in seeing their Prime Minister encouraging gutter politics at its worst! What he though was a useful photo opportunity will surely haunt him in the future when these pictures are brought back into the public consciousness as the next general election draws near.

Sodomy Two. With hindsight Najib should have kept the Berlin Wall between Saiful and himself. Instead he invited this sad excuse for a Malay into his den for a chat about “further education” …we would have believed him better if he had said Saiful wanted assist re plastic surgery to reconstruct parts of his anatomy in areas best kept unsaid for reason best kept unknown.

With hindsight Najib should have given more time for Razak Baginda to prepare an appropriate SPV (Special Purpose Vehicle) to receive the RM$500 million commission for the sale of the Submarines. Realistically Razak would need about 350 years – because that is how far back DCNS heritage started when the first major shipyards were built in France in 1751 in Ruelle. Then we would have no reason to question the government of Malaysia payment of RM$500 million to him for services rendered!

With hindsight I know that Najib will come to regret the appointment of JJ to his Washington post. First Rosmah will never ever allow him to go there by himself – so perish the thought of having a guy’s night out on the town at Hooter for Najib and JJ! Second that JJ guy is too frisky to be able to contain himself from sampling the delights of Washington. Imagine what the CIA will have on him should they decide to squeeze JJ and Najib’s nuts!

With hindsight Najib should have not given his blessing to Malaysia F1. He should not have promised money to the people of Sibu to elect BN and of course he should not have tried to do a deal with Vincent Tan on the sports betting license that Vincent thought had been issued but Najib said had not been issued as soon as Najib sensed considerable opposition from the Muslim majority and the anti-gambling lobby!

Hands up all those against giving Vincent Tan the sports betting license?
All Muslims!

Hands up all those against giving Vincent Tan the sports betting license?
A strong anti gambling lobby!

Hands up all those wanting to give Vincent Tan the sports betting license?
Najib and Cronies!

Aiyah where got road! So common sense tells Najib to back off. If only he had the hindsight to always think about what would be the consequences of what he does. He would be less of an embarrassment to himself…and to us! 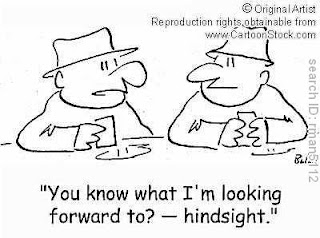