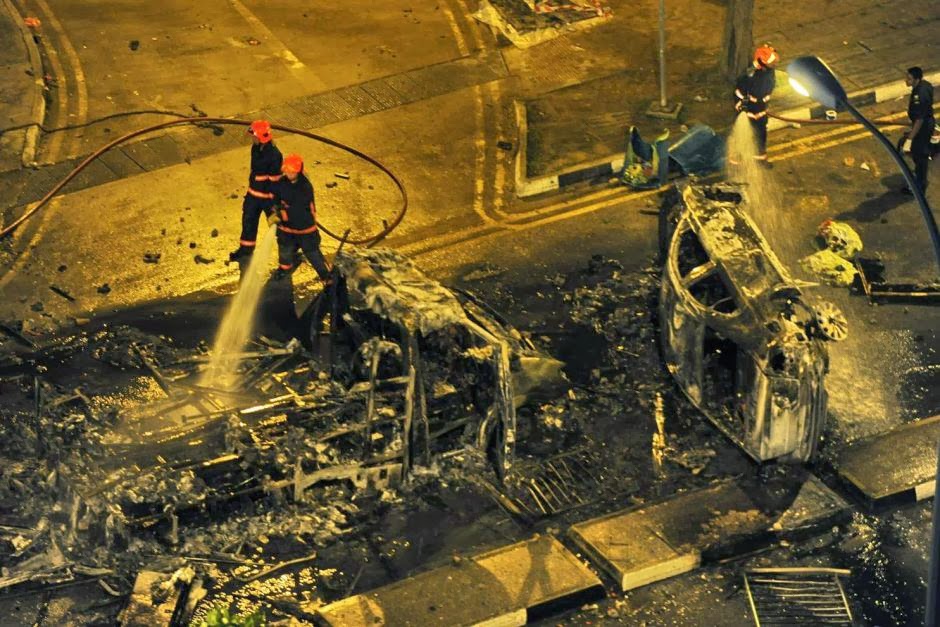 Singapore (AFP) - Singapore on Wednesday denied that a riot last month by some 400 South Asian migrant workers in the city-state was triggered by discontent over their wages and living conditions.
In a letter reacting to a New York Times editorial in late December, its ambassador to the United States Ashok Mirpuri said "we will treat our migrant workers with respect, but will take firm action against those who break the law."
"Migrant workers do contribute to our economy. They work legally and voluntarily. We strive to ensure that they are fairly treated and properly paid," he said.
The letter was released by the Singapore information ministry, which said the newspaper declined to publish it.
The New York Times editorial board on December 27 suggested that the December 8 riot in a district known as Little India was caused by migrant workers' frustration over low wages and poor living conditions.
Mirpuri said the New York Times offered "scant evidence" to support its assertions on why the workers went on a rampage after they saw an Indian construction worker struck and killed by a private bus in the area, where tens of thousands of them congregate on weekends.
The riot left 39 police officers and emergency responders injured.
A total of 25 vehicles -- including 16 police cars -- were also left damaged or burnt after the fracas, the first riot in strictly governed Singapore in more than 40 years.
More than 50 workers have been deported while at least 25 Indian nationals are facing rioting charges that could land them in jail.
"The government's preliminary assessment is that they acted spontaneously, triggered by a fatal traffic accident. In any case, a committee of inquiry, headed by a retired judge, will establish definitively the factors that led to the riot," the ambassador wrote.
Singapore is highly dependent on foreign labour. Out of its total population of 5.4 million, only 3.84 million are citizens and permanent residents.
Among the foreigners, about 700,000 are work-permit holders employed in construction and other sectors largely shunned by Singaporeans, with more than 200,000 others working as domestic helpers.
The New York Times editorial said "frustration among Singapore's unappreciated and underpaid migrant workers has been building in recent years," and boiled over during the riot. 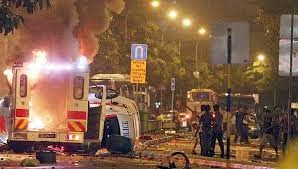