Alyaa Azhar  | January 13, 2014
The position of Islam and Muslims must be protected from any threat, says Isma's president.

PETALING JAYA: The multitude of threats which can jeopardise the country’s identity and that of Muslims is the reason why the Malaysian Muslim Solidarity (Isma) has been vocal thus far.
Isma president Abdullah Zaik Abdul Rahman defended the organisation when asked why they have been exceptionally vocal in the past year.
“We realise there have been such threats and such threats would have bad implications on the country’s Muslims and the country’s identity.
“These threats seem to deny the position of Islam and the Malays in the country. Therefore, we cannot take this lightly,” he said.
Commenting on the various ‘provocations’ such as those by former sex bloggers ‘Alvivi’ during the fasting month, Abdullah said such instances were an insult to Islam’s dignity and noted how the provocations were ‘done on purpose’.
Alvin Tan and Vivian Lee posted a Ramadan greeting on their Facebook page last year which showed them eating ‘bak kut teh’ and describing it as “wangi, enak, menyelerakan”.
Abdullah then added how Malays would lose their land with globalisation, the influence of liberalism, and Christianisation activities.
“The Chinese have mainland China and the Indians have India. Tanah Melayu is the sovereign region of the Malays. If we let these threats continue, we will cease to have Tanah Melayu,” he said.
Christianisation a grave concern
On the supposed Christianisation activities, Abdullah took Indonesia as an example.
“Look at Indonesia, Christian preachers proudly said they have successfully Christianised some of the Muslims there.
“And look at singer Jaclyn Victor who sang the song Harapan Bangsa in churches. The song hopes for a Christian nation,” he said.
He stressed that the Christianisation claims were not mere assumptions.
“We have many evidences, the claims were not just assumptions. Christianisation activities are happening, and we are following them closely,” he said.
On the Allah issue, he pointed out that the ruckus was actually part of a bigger master-plan.
“Through the issue, they will bit by bit normalise the Christianisation project and people will accept it slowly.
“The coloniser’s plan will affect our sovereignty and independence and this will change the country’s identity,” he said.
On allegations that Isma is an extremist organisation, he said they were only defending Muslims’ rights, in line with the teachings of the Quran.
“I think it is them who are extremists; those who bring liberalism agendas into the country without taking into account local values,” he said.
He stressed that change must must be based on history and the local values.
“The liberals’ ideals are the encounter between the west and the Church. It has nothing to do with us.
“Our background is Islam. Islam came and formed a civilisation. We are only defending Islam but we are accused as extremists. Actually, they are the ones who have betrayed the country.
“They are the ones insulting us, and when we hit back, they say we are extremists,” he said.
Muslims have been tolerant
On former Catholic church leader Archbishop Murphy Pakiam’s call for religious leaders to accept other religions’ differences, Abdullah said they have never questioned others’ faiths.
“We do not force other religions even though they insult Islam. Do you see any Muslims burning the Bible or insulting Christianity?
“The Muslims do not do it. We have 70,000 Hindu temples and the Muslims do not question it,” he said.
He added that the non-Muslims in the country must accept Malaysia as an Islamic country, adding that they must also accept that Allah is not in the core teachings of Christianity.
“What we can see now is extreme tolerance by the Muslims and the extreme provocation by the non-Muslims,” he said.

Islam is under a multitudes of threats in Malaysia? From within or from without? Who in his right mind would even think of questioning the position of Islam and the Malays in Malaysia? Is there any Chinese who dares to do this - because if there is he will be dead by now!

This Muslim headed government have destroyed so many Indian Temples and what do the Indians do? Yes they complain and make threats...but what have they actually done? Nothing!

And for those Muslim who are proud that Muslims can do this to other religion let me remind them that we now live in the 21st century. Religious tolerance and respect for the beliefs of others is expected, nay, even by law legislated for, because that is the way things are today. For the Malays who live under a tempurung and are unaware of this...I say tough titties. The world has left you far far behind! 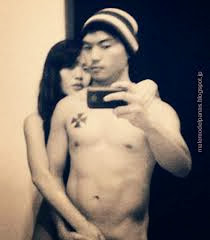 Dollah these are infidels ...why worry yourself with what they do?

Worry about Muslim Ministers who have illegitimate children.

Worry about Muslim head of state - the Sultans - who fornicate, drink, gamble and have illegitimate children and the atrocious behavior of other royals?

Worry about the thousand of young Muslim girls who work in Karaoke Bars, Dangdut Nightclubs, Massage Parlors and in prostitution dens in Bukit Bintang and elsewhere.

And worry about those married Malay businessman and politicians who keep mistresses and have girlfriends all over KL - they are not only cheating on their wife but also teaching these young Muslim girls bad things. Things against the teachings of Islam....or are you so dumb that you do not know that these things are happening? These are the clear and present danger to Islam and to Muslims because it impacts on the most important and crucial groups in any religion - the Family.

How can the Malays lose their land with globalisation, the influence of liberalism and Christianizing activities? Huh!

Malaysia does not belong to the Malays! How does it belong to the Malays? The Orang Asli were here before me, before Mahathir and Najib....before many other Bumiputeras. They have as much right to call Malaysia their own ...if not more right than us Malays. How does any race own a country? I am a Malay of Bugis descent...can I go back to Sulawesi and make a claim or do I trace back my ancestors to South China and make my claim there? Claim what? That South China belongs to me! The Malays have as much claim to Malaysia as you would have to make the claim to be someone with brains!

Leave Indonesia alone. Leave Jaclyn Victor alone because they do not interfere with Muslim in Malaysia. If Jacinta sings Harapan Bangsa in churches what concern is it of you? If  you a Muslim can hope for a Muslim Nation why not her, a Christian, hope for a Christian Nation? As for Indonesia you have seen what they do when Indonesian maid are mistreated or killed while in employment with Malaysian families....you would not want to upset them any more than you have to. There are 246.9 million Indonesian and less that 30 million Malaysian! If you are thinking of following any of the Muslim businessmen and politicians who go to Indonesia to play golf...and partake of the hospitality extended by their female caddies...I suggest you chill!

You have evidence of Christianizing activities? Put them on the Net so that it is in the public  domain and Muslim can work out for themselves if what you said is true or not. All the accusations I have made in the first paragraph of this posting all have links for you to go and figure out for yourself is they are true or not.

And you say there is a master plan by the Christian to change the identity of our country. Are you part of this master plan? Are you not the very example of an idiot of a Muslim who shames other Muslim by the nonsense that you say and the preposterous claims that you make.......would not putting an idiot like you into ISMA give a good reason for other Muslims to leave Islam and see what other religion has to offer? Is this not what the Christians want Malays to do? And you would be driving these Muslim to do so by your rantings....you must be part of the Christian master plan to get more Muslims to be Christians.

Ya ALLAH.....rid Malaysia of these so call Muslim activists! They do more harm than good to Islam.