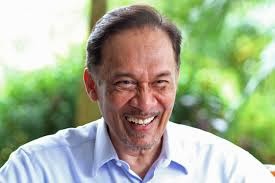 THESE are not coincidences. In presidential system, chief executives of subnational government command more resources and opportunities to showcase their ability to govern than senior national lawmakers.
The logic is the same for Malaysia, even though we are a nominally a parliamentary system. Given our dysfunctional Parliament, the Parliamentary Opposition Leader carries less weight than perhaps a powerful BN backbencher in the eyes of the Speaker and Ministers. As a matter of fact, the much desired two-party system cannot possibly happen if there is no healthy room for the opposition to perform. Had the Pakatan Rakyat won a landslide in 2013, the Barisan Nasional or any new opposition parties would not be able to compete competently even if they want to. To begin with, the Parliament meets so shortly that a Parliamentarian had only 2 hours 32 minutes on average to speak and be heard in 2012.
Given the concentration of power in not just the executive, but in the Prime Minister's hand, the two-party system can only happen when different parties capture different tiers of government. Despite our centralised federalism, state governments still have considerable power and resources to compete with the federal ruling coalition.
Through policy and institutional reforms, from longer maternal leave, water subsidy, releasing lands to the needy, no-plastic bag policy, smoke-free policy, SELCAT and other legislative committees, freedom of information enactments, to baby steps in reviving local elections, opposition state governments in Kelantan, Selangor, Penang and Perak have shown Malaysians how governance can be different. As a matter of fact, the most important change of the 2008 Political Tsunami was not the denial of the BN's two-thirds majority, but the opposition running an unprecedented five states.
If Anwar wishes to return the wind to the sails of Pakatan Rakyat since a disappointing nine months since GE13, Selangor is a good point to restart the coalition's vision. The opposition is in dire need of showing more wonders as the electorate are not satisfied with just a continuity of what they had since 2008. They want more and better. Anwar is therefore being realistic by putting himself in Shah Alam before eying Putrajaya.
Many people - including pundits - will think that it is a climb down for Anwar to be Menteri Besar. This is only because few UMNO leaders have risen from the ranks of state leaders to become national leaders after PM Abdul Razak. The post of Menteri Besar or Chief Minister is often seen as the peak of a B-League UMNO leader's career, as if the Prime Minister must come from the rank of federal ministers. But amongst early UMNO leaders, Onn Jaafar was Johor's MB (1947-1950) and Abdul Razak was Pahang's MB (February-June 1955). Even Najib spent four years as Pahang's MB (1982-1986) before going to the federal level. However, after Razak, Muhyiddin Yassin is so far the only former MB/CM who did not have a gigantic father and yet made it to the top.
This perception that Federal Ministers are A-League and MBs/CMs are B-League was arguably spread to the opposition in 1990. Tengku Razaleigh's S46 made a deal with PAS to concede to the latter the MB posts in Kelantan, Terengganu, Kedah and Perlis should the Angkatan Perpaduan Ummah (APU) take these states. Tengku Razaliegh positioned himself as the Prime Minister to be with no spare position in the event of a near-miss. He languished in the political wilderness when S46 lost every seat west of the Titiwangsa Range and S46 was marginalised by PAS in his home state where the pact won by a landslide. The demise of S46 can be arguably attributed to the lack of a power base in a winner-takes-all political system.
When Anwar built the opposition pact in 2008 – which became Pakatan Rakyat within three weeks after GE12 – like Ku Li, he did not plan to be a state chief in the event of a federal upset. The same happened in 2013. This is starkly different from DAP and PAS top guns who contested both federal and state seats to prepare for all possibilities. The difference of a more realistic attitude is huge. Benefiting from astute and popular chiefministership, PAS kept Kelantan under Tok Guru Nik Aziz and DAP has made Penang its impenetrable fort under Lim Guan Eng. The two states instead provide a base of gravity for the rest of the party.
It should be noted that the idea of Anwar leading Selangor was actually raised by Liew Chin Tong in 2005 when the opposition was still recovering from the near wipeout in 2004 – surviving in only 10% of federal constituencies. It would have given a boost to the opposition and a two-step strategy to power would also appeal to more skeptical voters.  Now DAP's top strategist but then a nobody, Liew's idea was not taken seriously by anybody in the party. Having interviewed Tengku Razaleigh then for my PhD thesis, I was illuminated by Liew's insight to see clearer the winner-takes-all nature of our political system and its implications.
It's great that Anwar has finally learned to be realistic. The resignation-by-election route – used by PKR in Permatang Pauh in 2008 and Penanti in 2009 – would probably irk many voters who see arrogance in PKR as it seemingly takes voters' support for granted. They should perhaps not miss a greater benefit from the democratic stand point – by having the Pakatan Rakyat supremo to head Selangor, Anwar will have to bear full responsibility for the successes and failures in the governance of Selangor. Unlike in the case of Khalid, no one can pull Anwar's legs in the name of party leadership. If Anwar fails to take Selangor better than Khalid does, he should really just retire. If he does better than Khalid, we know regime change in Putrajaya would truly mean a better tomorrow.
Attached to Penang Institute, Wong Chin Huat is a political scientist by training and a political activist by choice. He believes that like it or not, we are witnesses to history. We can choose to shape it or be shaped by it.